From 2007 to 2009 the former Petriplatz area saw extensive archeological digging. In the eastern part of the digging area, adjoining the former Cölln Townhall, foundations and other finds, dating from the 12th to early 20th century, were exposed. Upon conclusion of the digs, the area was covered with geo-fleece and soil. A few years later the lot was sold subject to several monuments-preservation conditions. After shell construction was finished, the builder (HOCHTIEF Building Ltd.) removed parts of the soil cover. Buch & Schudrowitz were then charged with further exposure of the remaining dig site, securing historical foundations and flooring, and to lay packed-clay flooring and to construct a visitor’s platform. 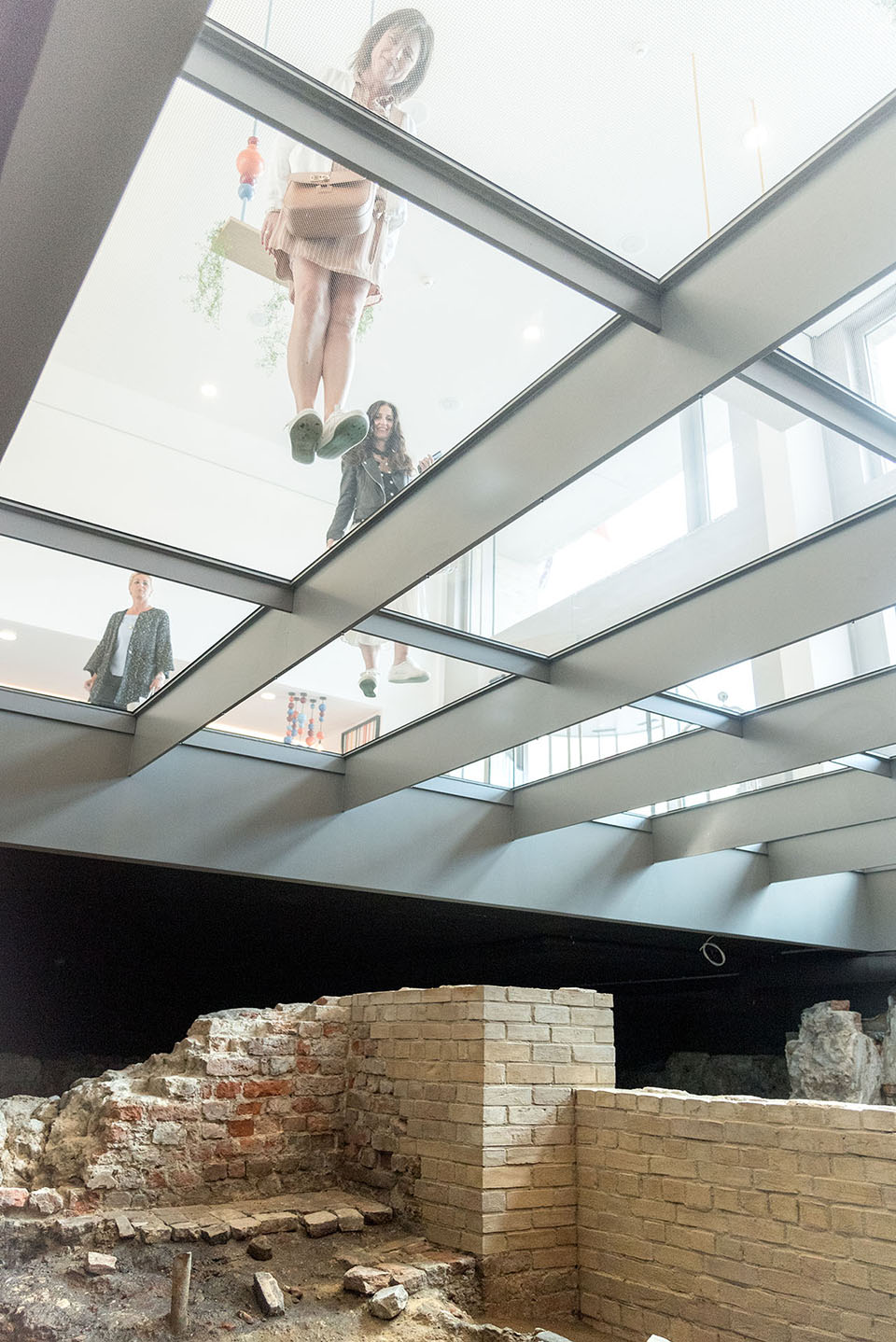 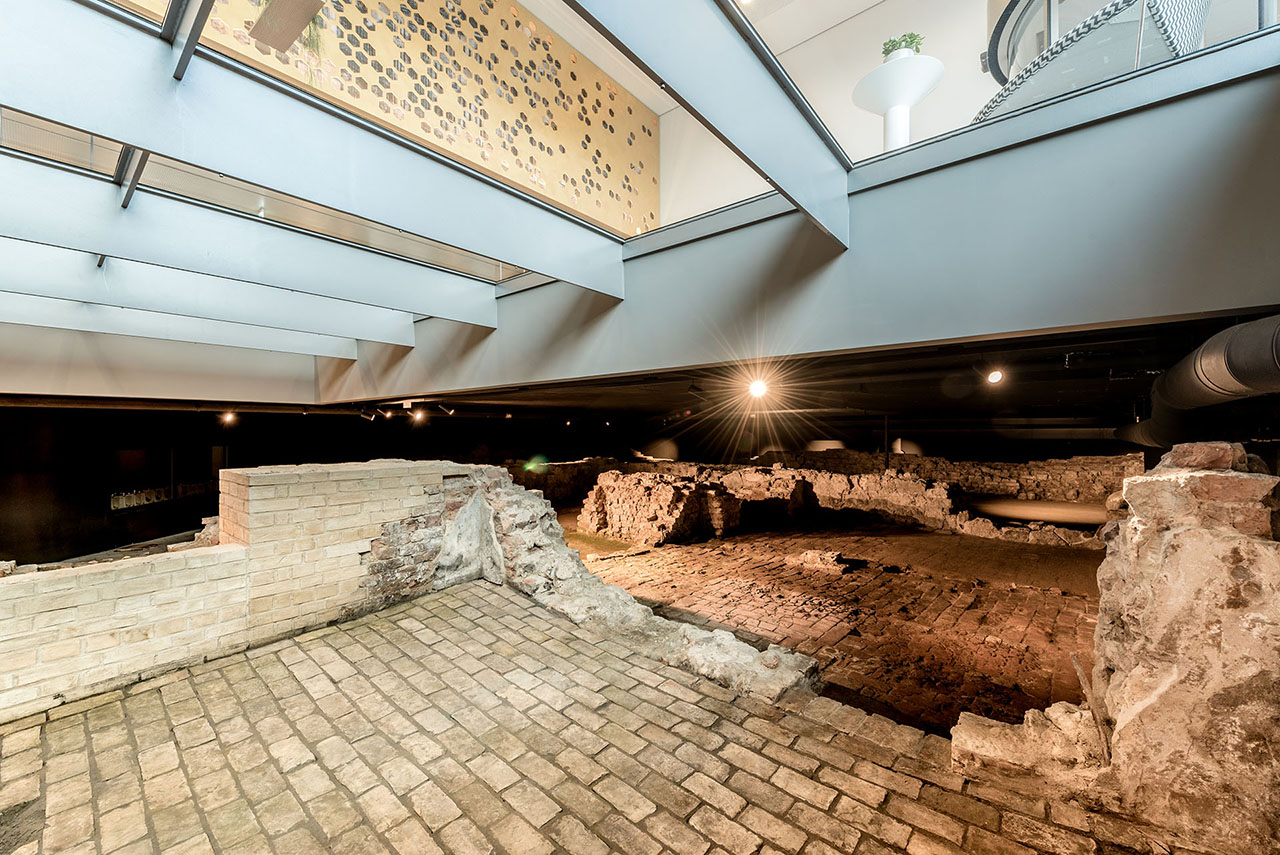 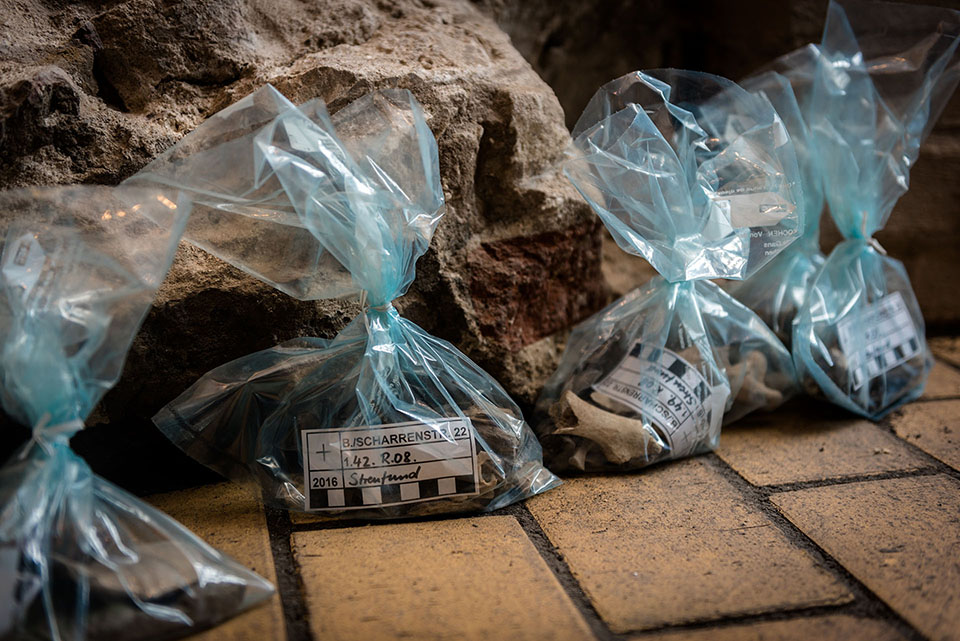 Aside from the Nikolaiviertel (Nikolai district) on the opposite side of the river Spree, the district that surrounds the Cöllnische Rathaus (town hall of the Cölln district) is one of the nuclei of the historical twin cities of Berlin / Cölln. Archeological digs show human settlements dated as early as the 11th century. At what today is Scharrenstrasse, foundations of basements of various town houses were exposed. The earliest of such foundations date to the late Gothic era. There were also remnants of townhouses from the time of the Renaissance, the Baroque era, as well as the 18th and 19th century.

In 1916, after the demolition of the Cöllnische Rathaus, the adjacent department store Herzog used the now empty lot to build an annex to their premises. This annex and its remnants are the last stratum of the dig. The building was destroyed in WW II and the lot was left undeveloped. In the 1960s, the widening of Gertraudenstrasse and the construction of a pedestrian underpass towards the south-eastern part of the Spree island lead to sweeping changes in the area. Aside from the now closed-off underpass, the area remained in this state until very recently. 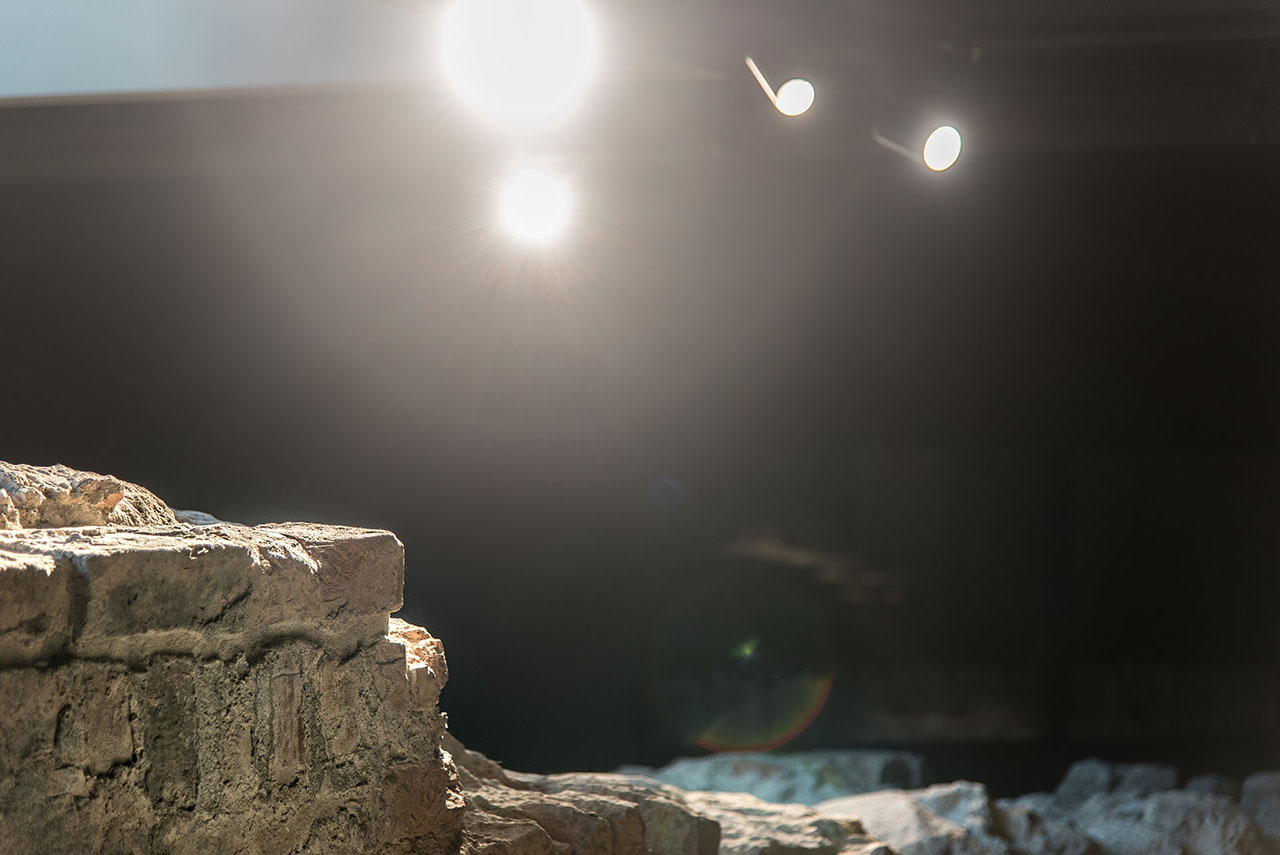 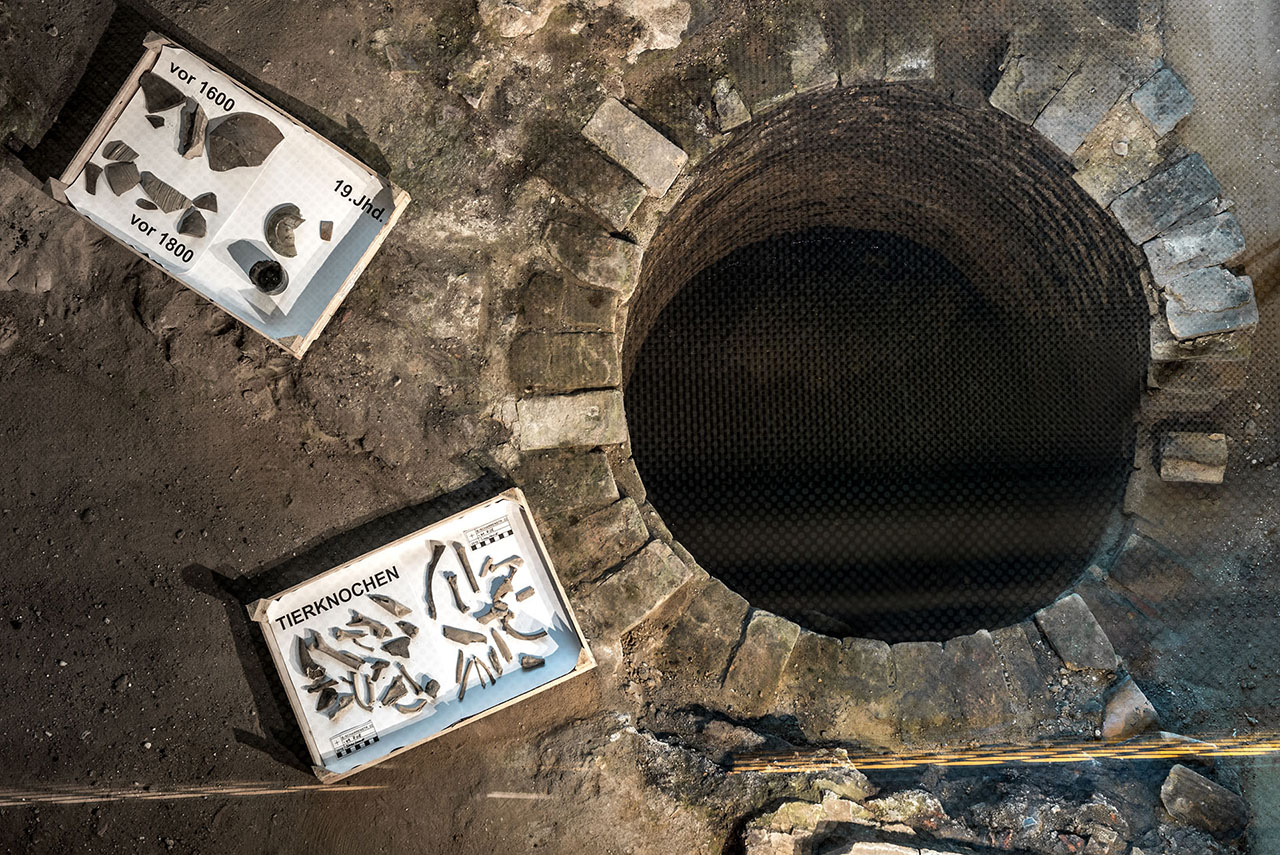 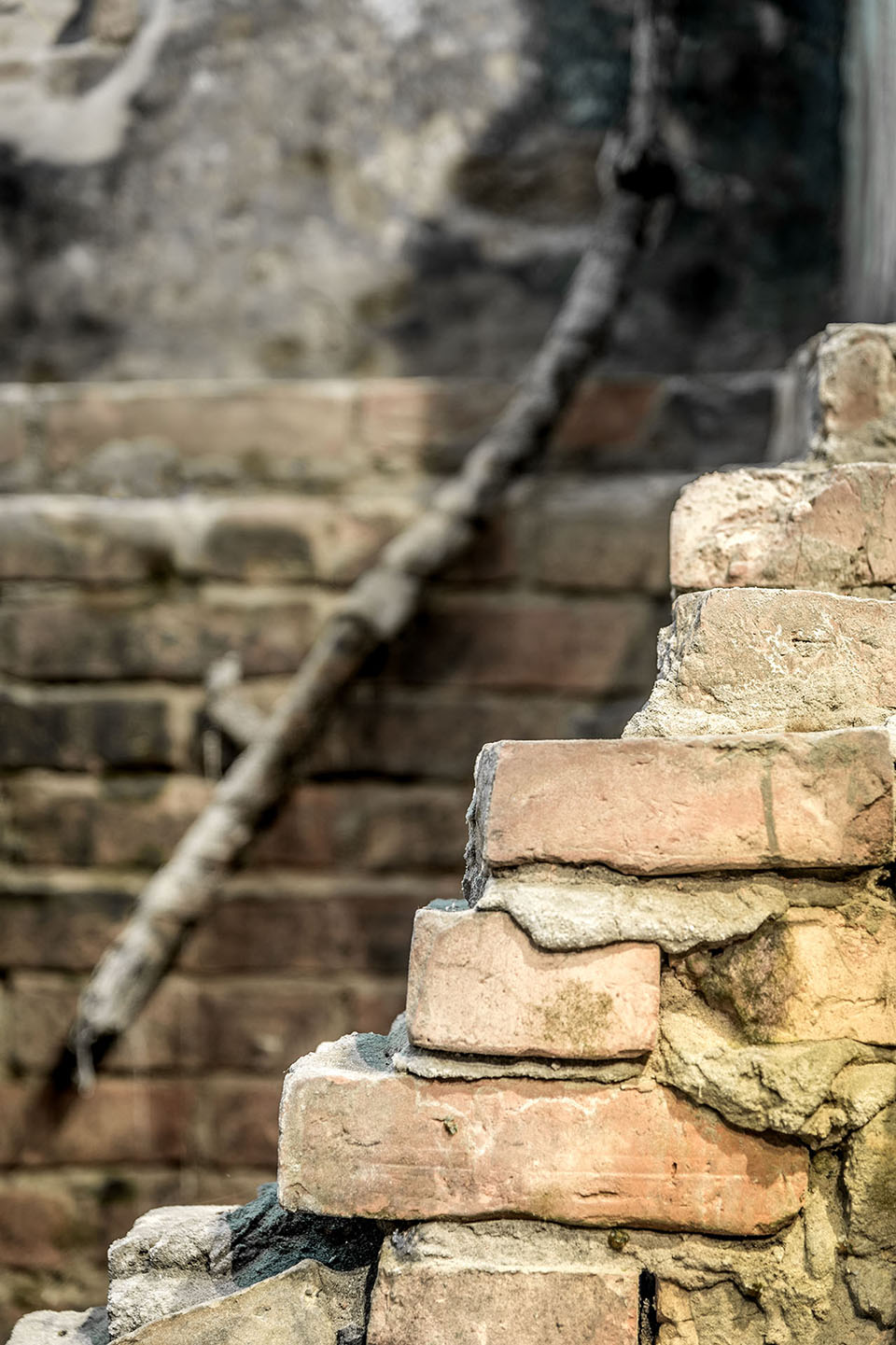 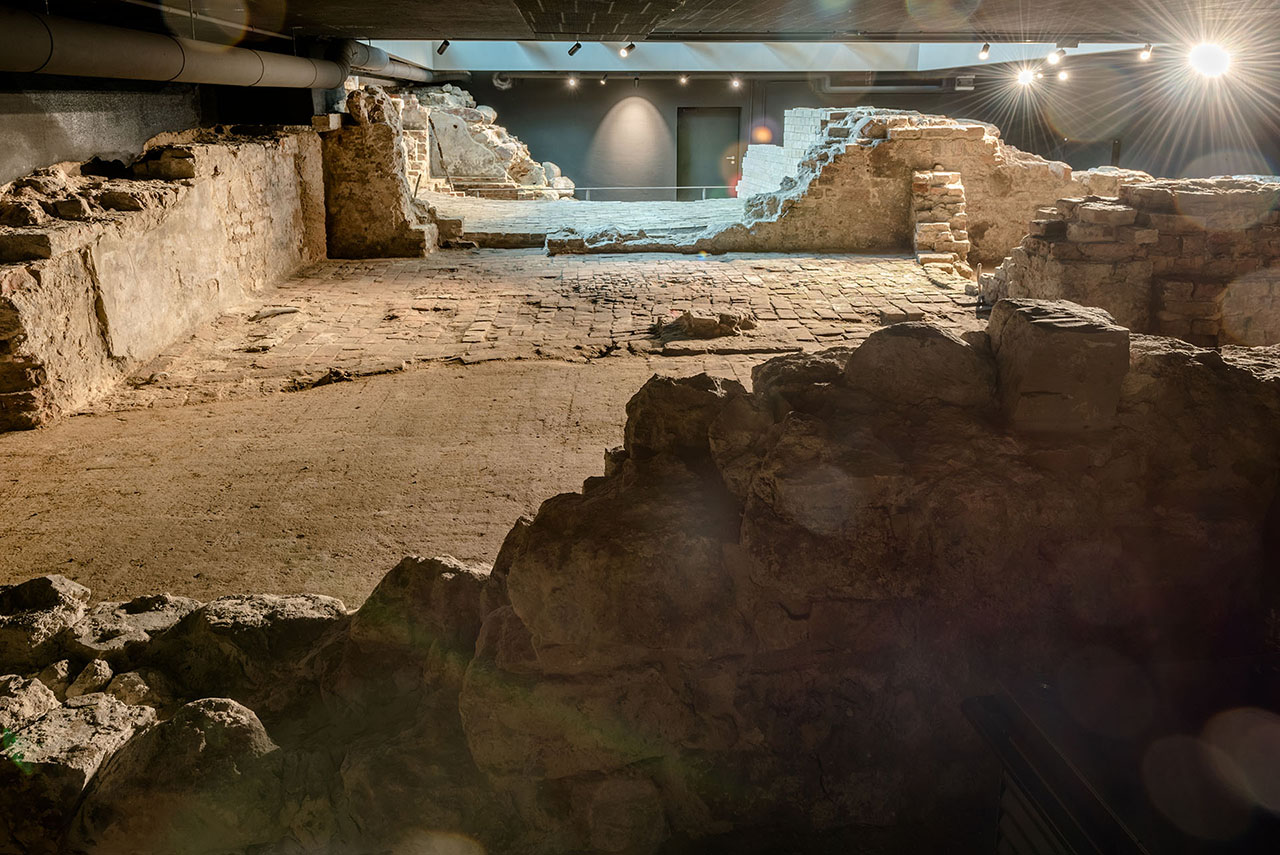 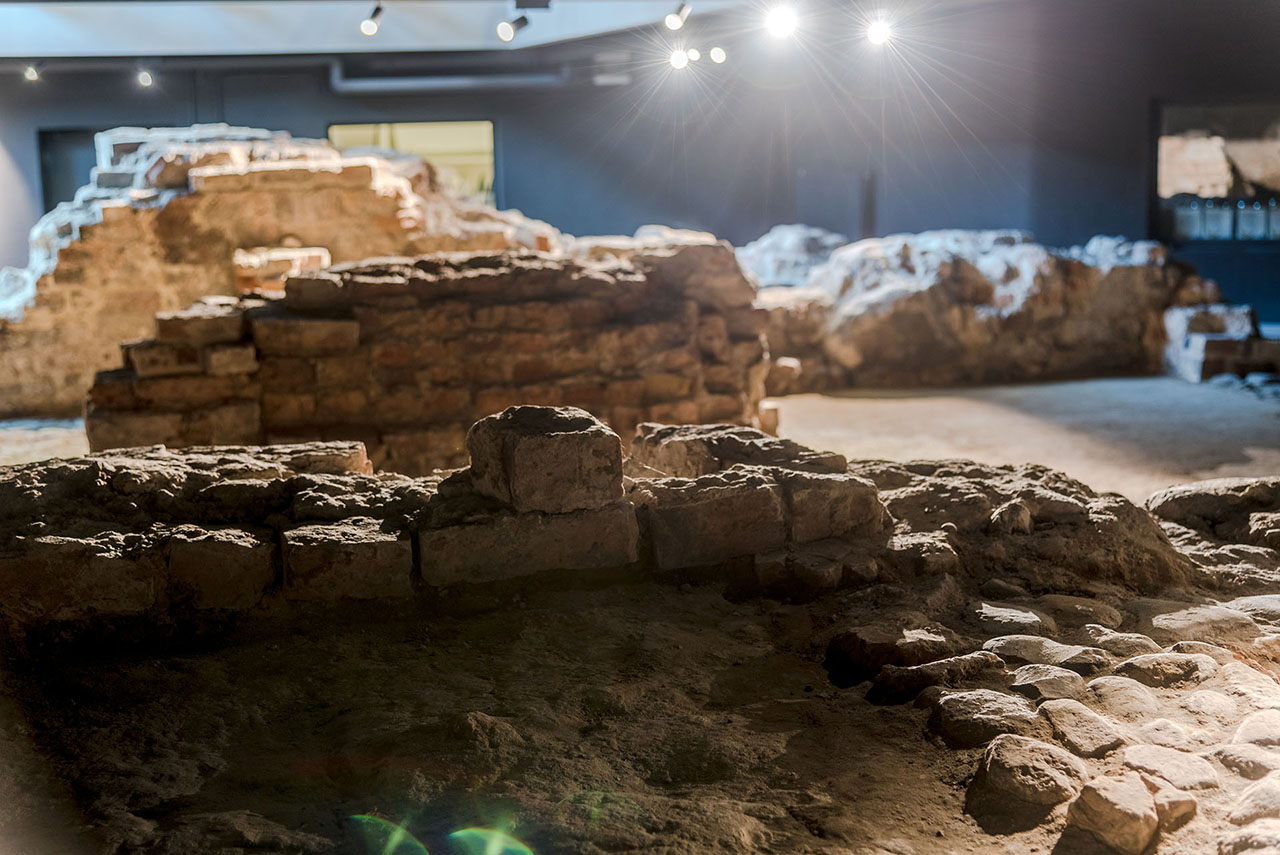 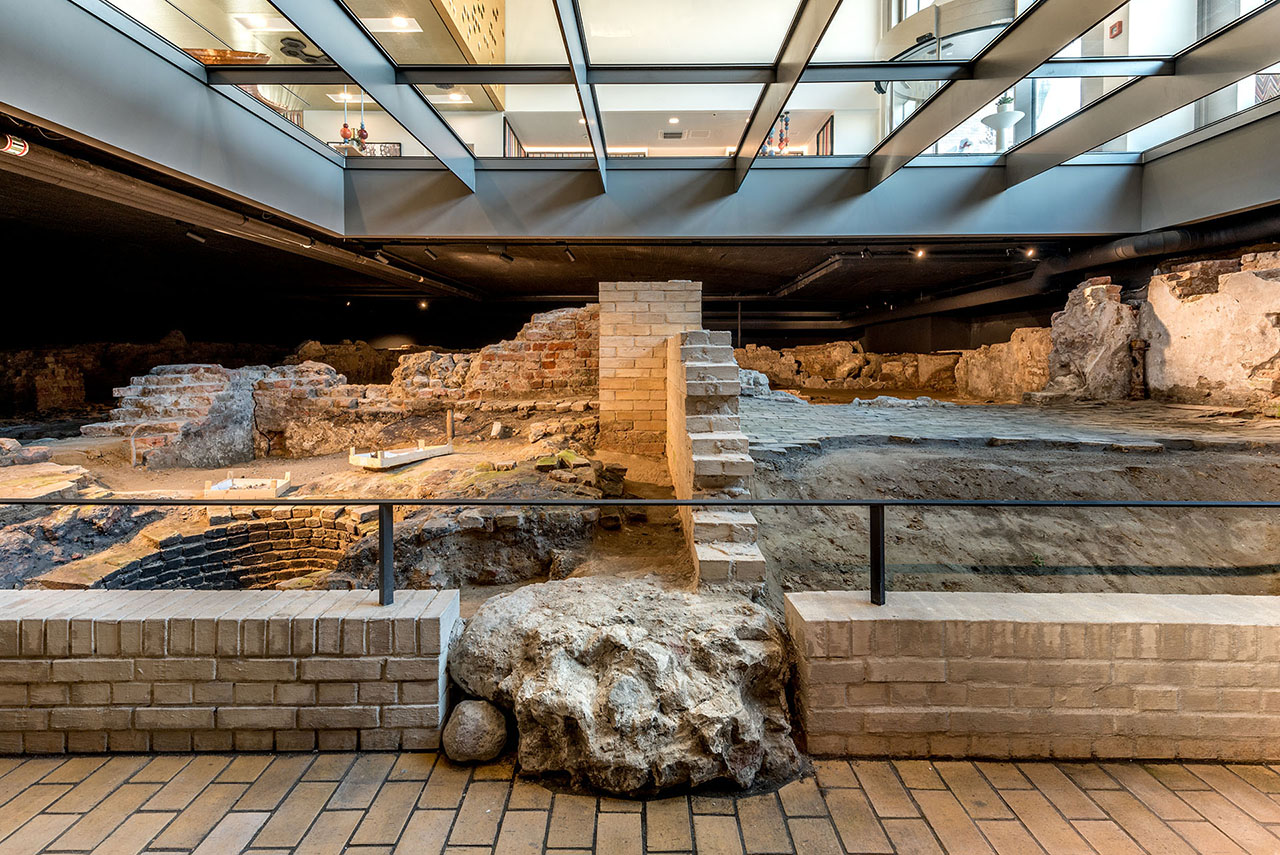 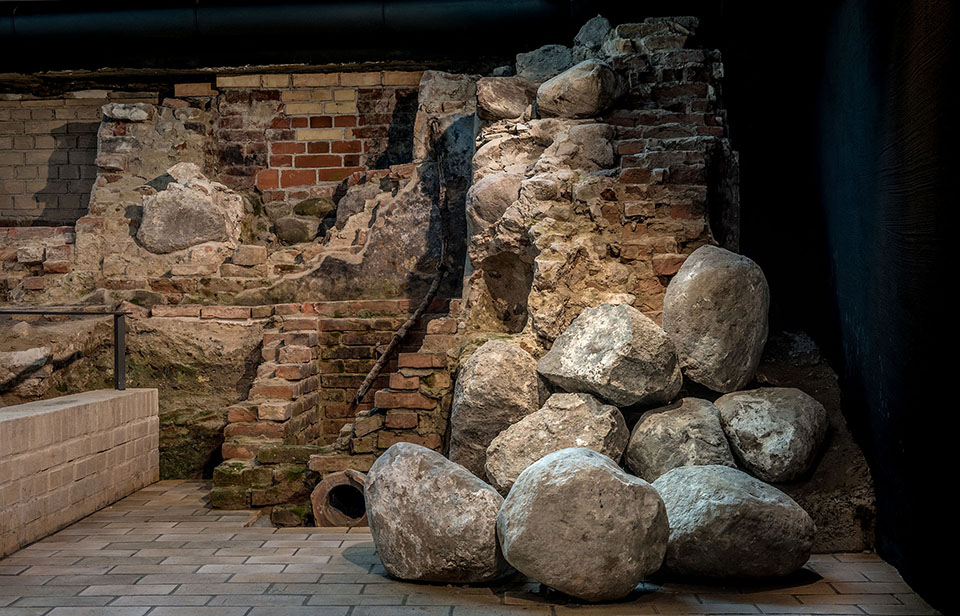 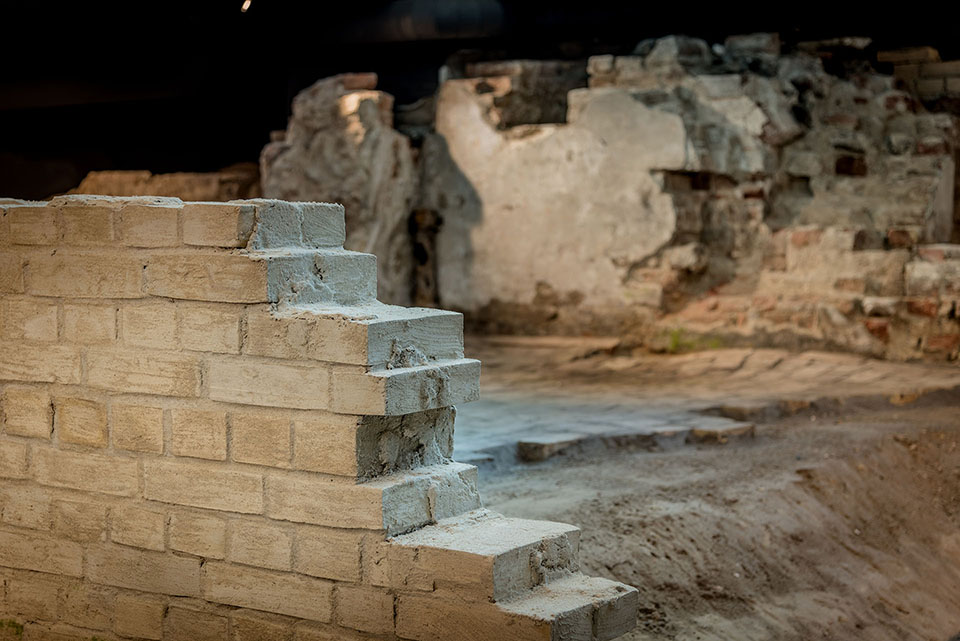 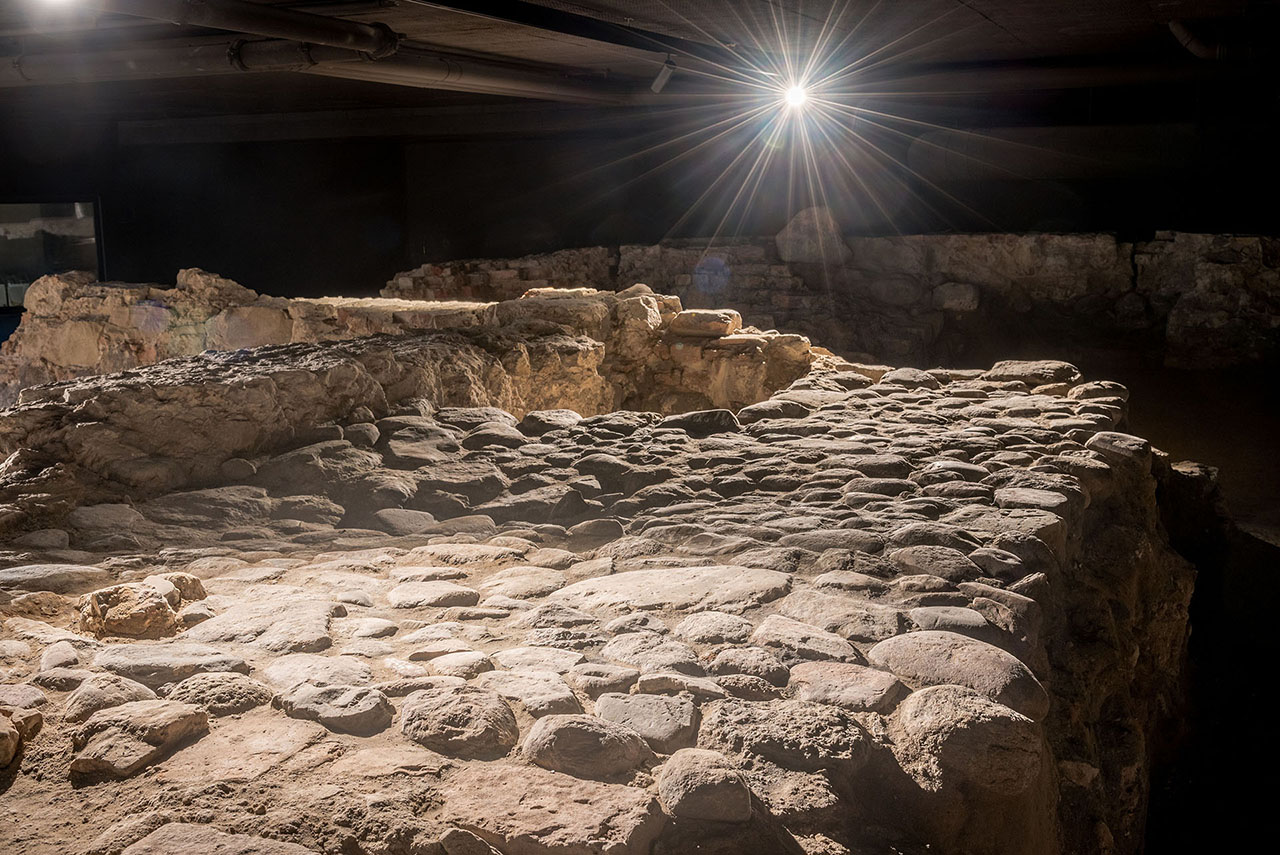 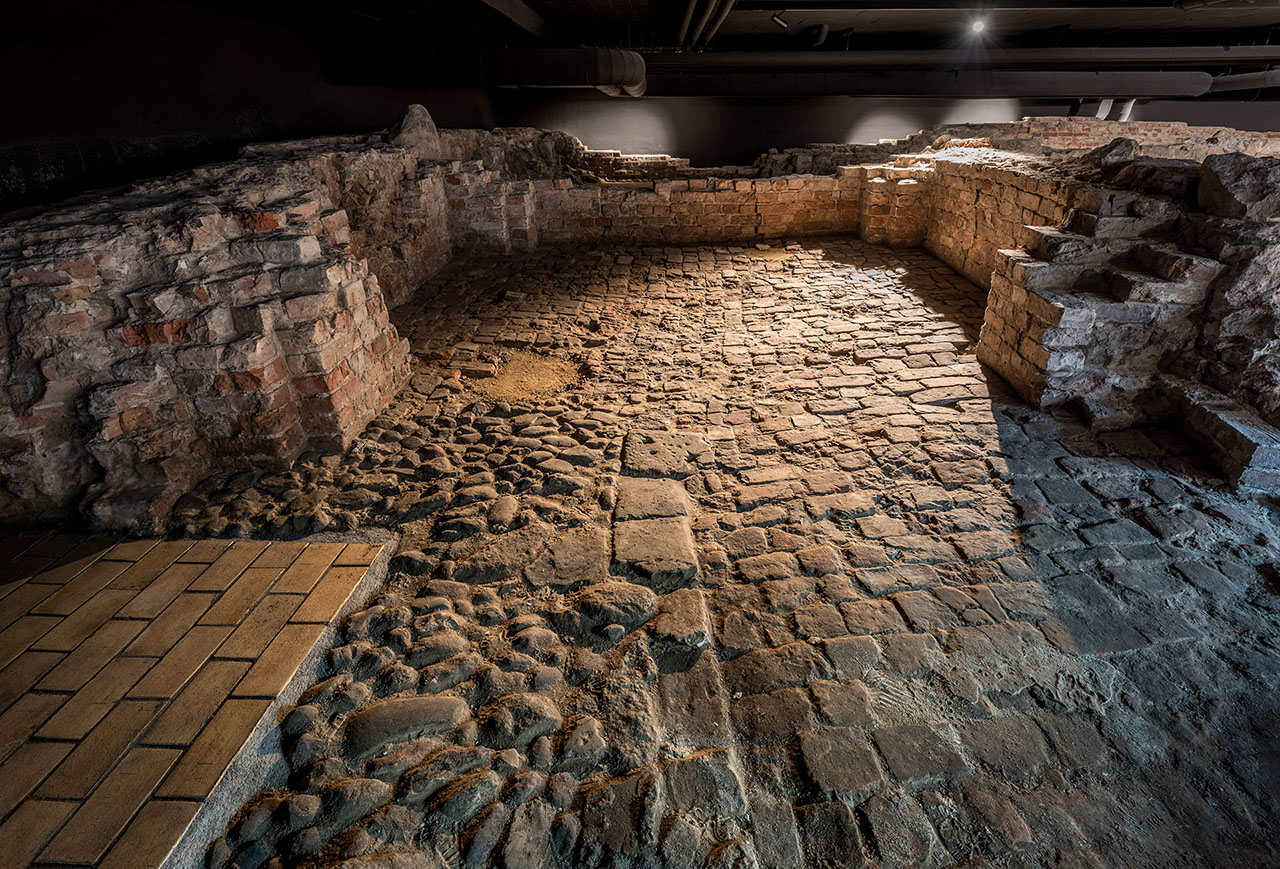 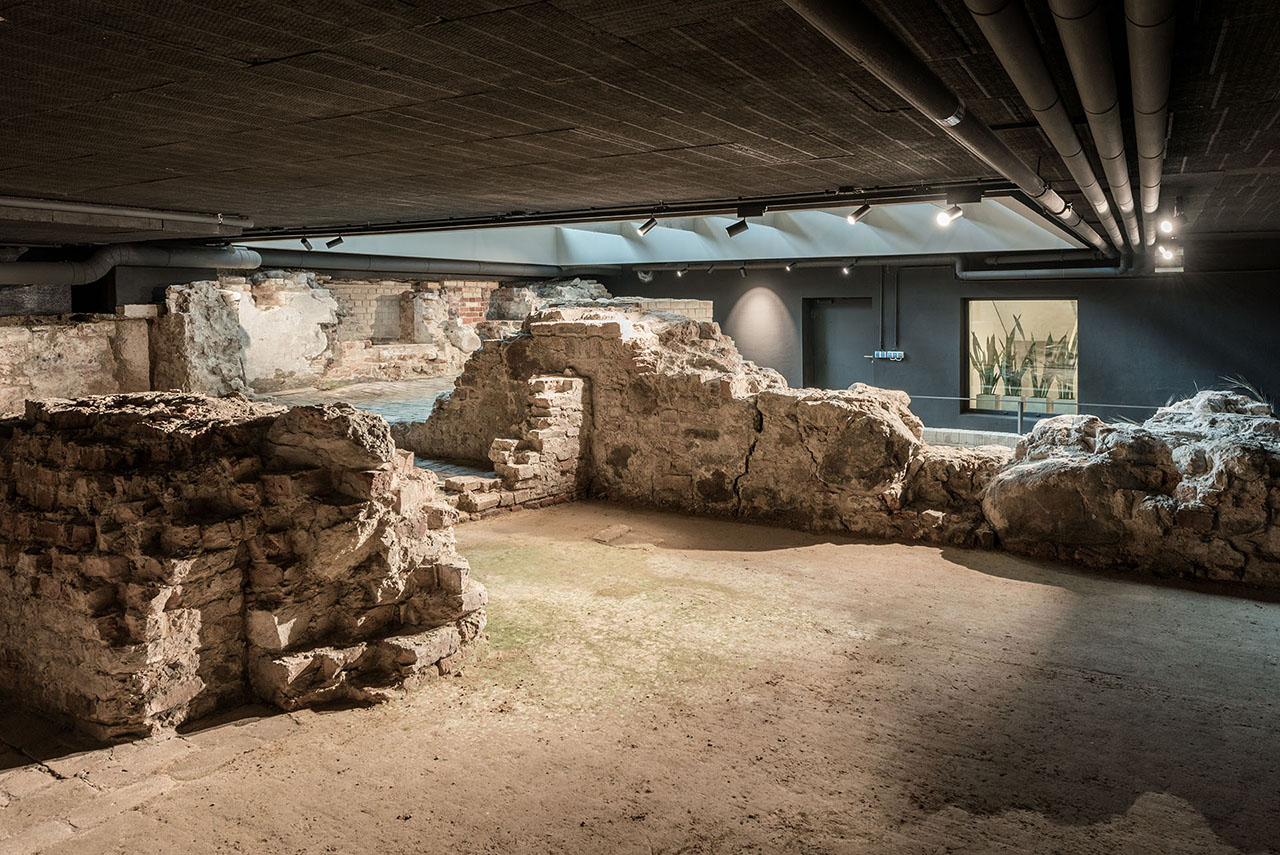