Tempera-bonded fine-finish felts are used like conventional fine finishes, and are applied by means of a trowel; after 20 minutes it is wiped down with a plastic board. 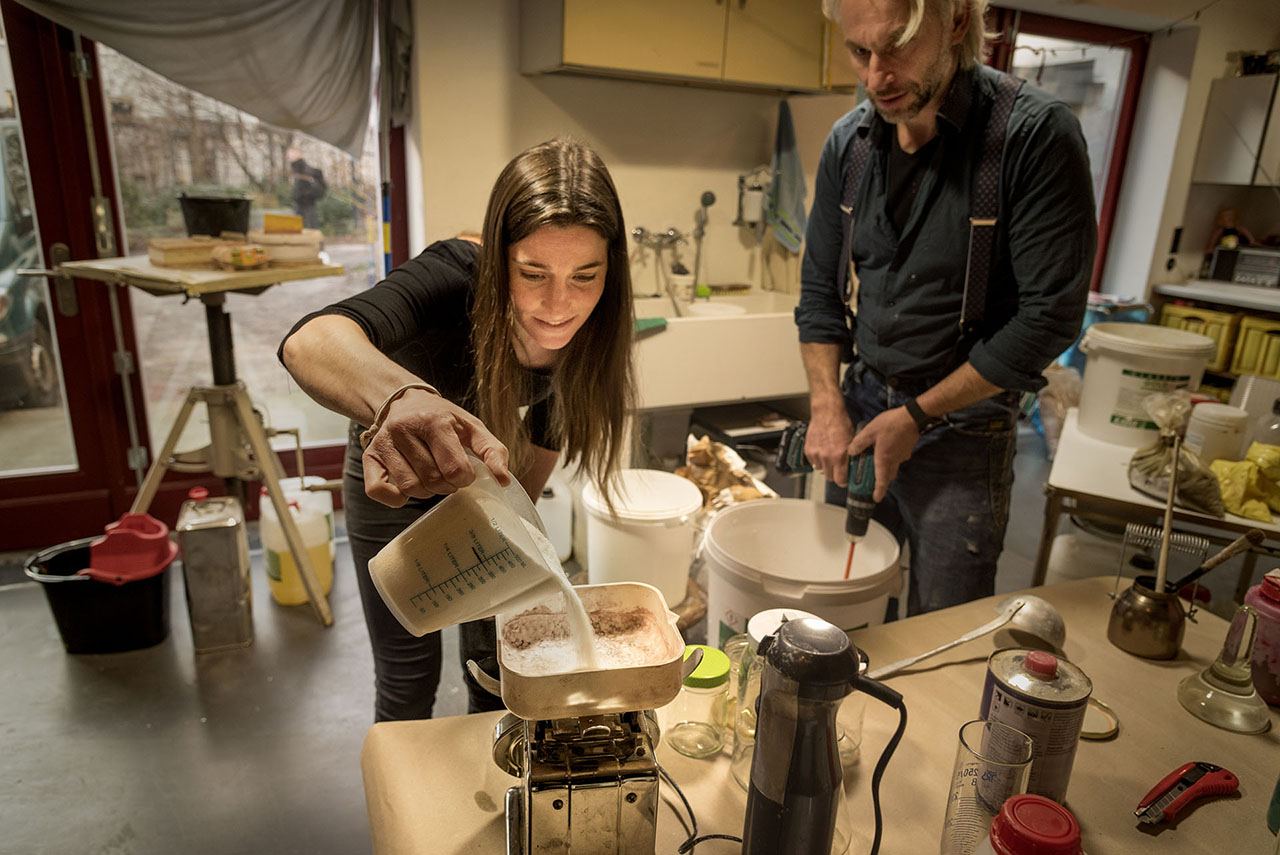 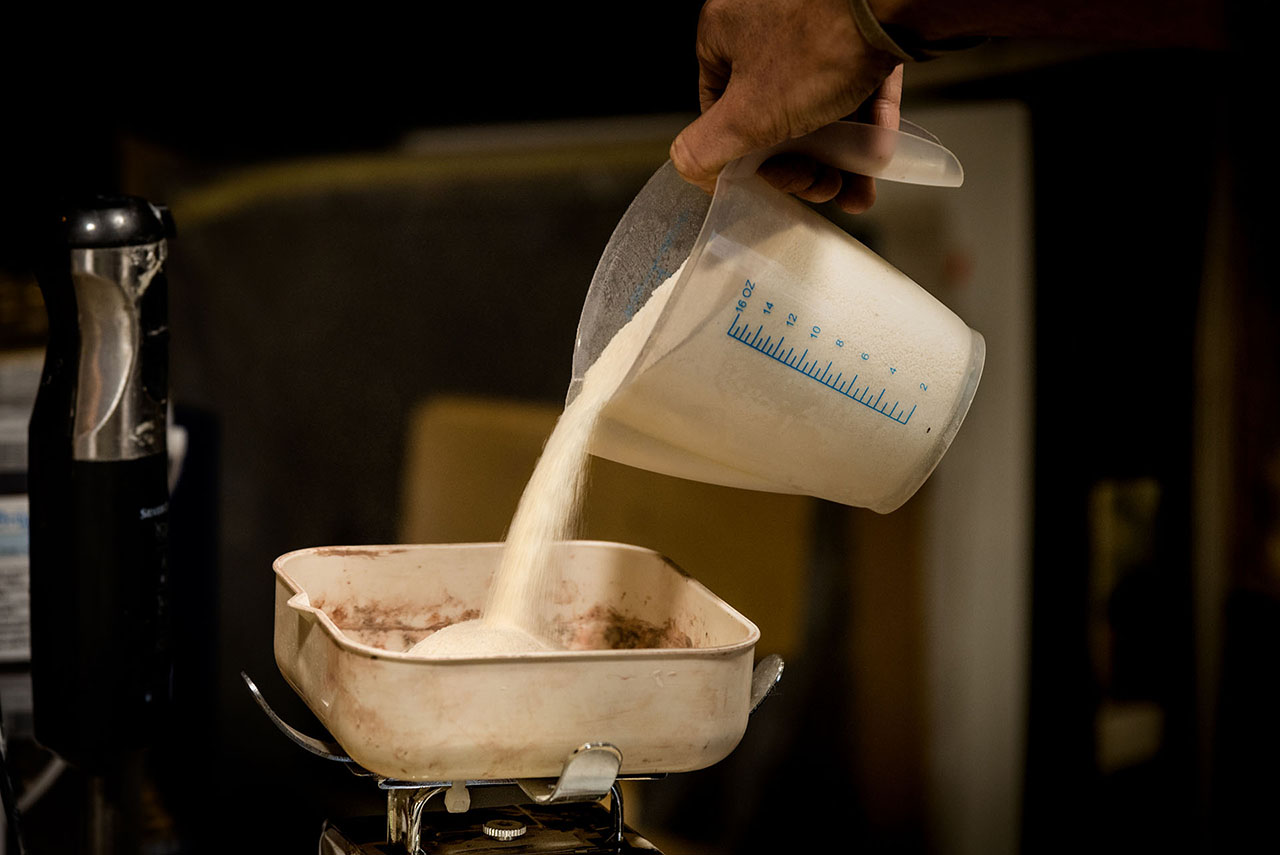 Tempera-bonded fine-finish felts is a viable alternative to paper laminates with sanded coatings. Their use is especially recommended for their conservation properties. They are particularly well suited to simulate the texture of fine-finish plaster.

While paper lamination is blanketing the damaged original surface, felts bond point-by-point, thus greatly minimizing stresses on shifting carriers. This, in turn, results in the better preservation of the weakened carrier. A graduation thesis on the reversibility of paper lamination which we helped supervise, found that the removal of blanket laminations causes considerable damage to the carrier. The reason is that all of the applied bonding agents permeate the lamination and settle directly next to the carrier that it is supposed to protect. Upon removal, the coatings thus loosened would stick to the backside of the paper lamination. 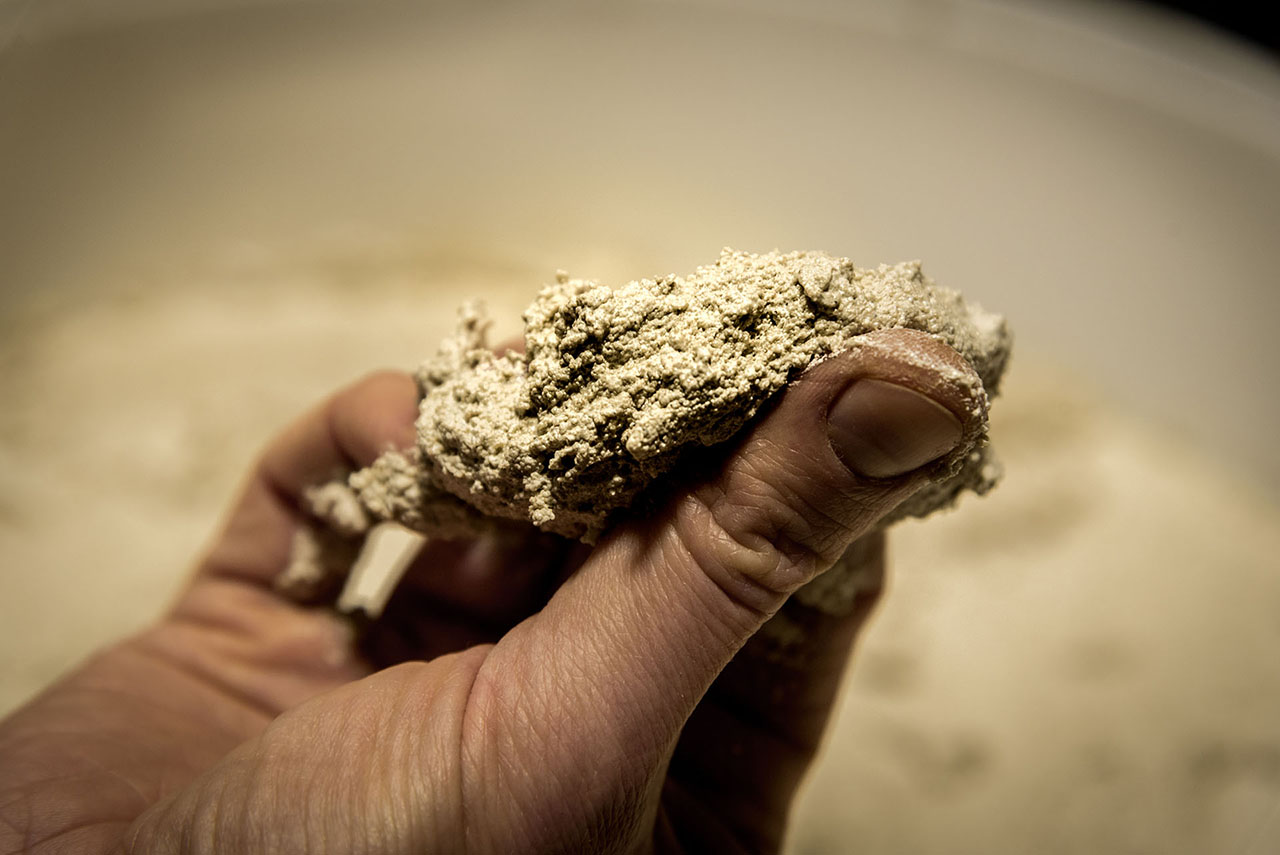 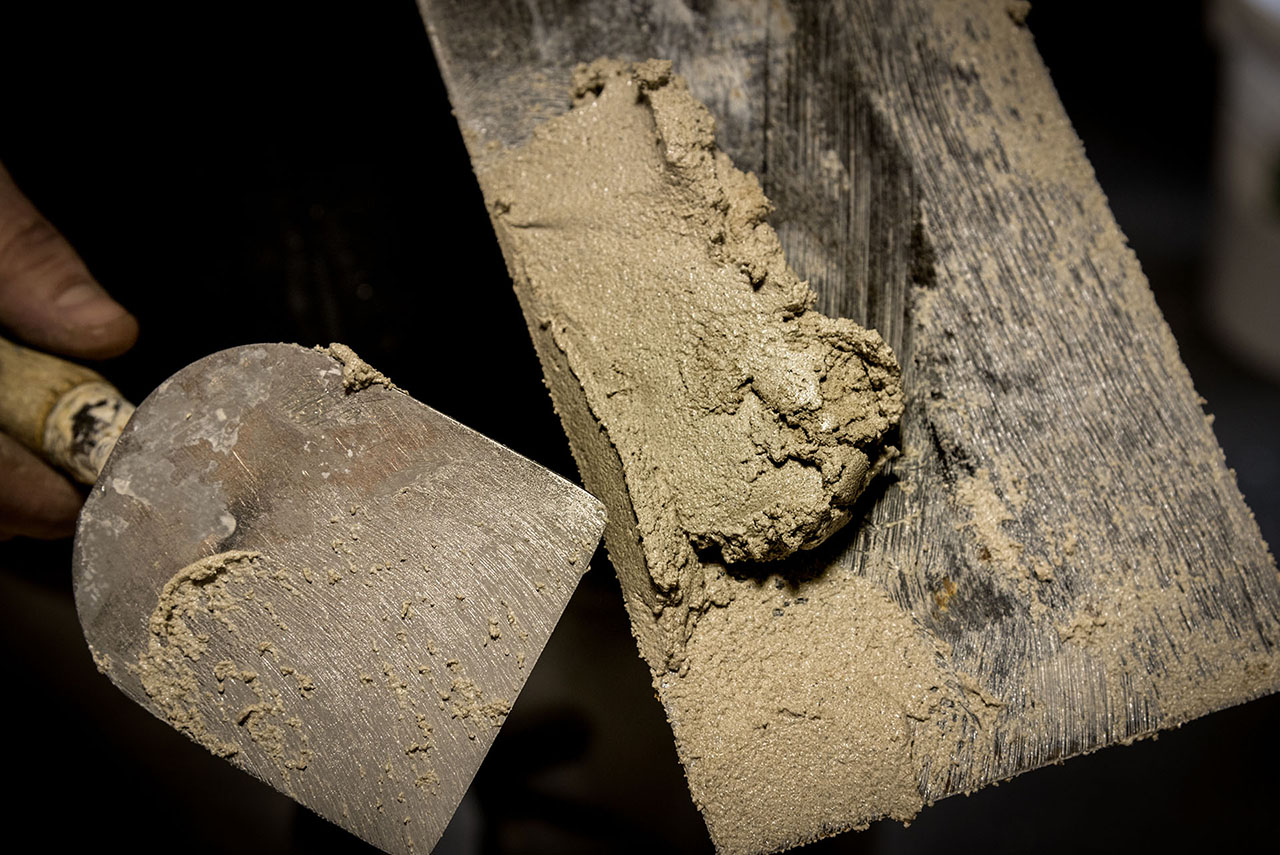 In contrast to this, tempera-bonded felts create a separating layer which despite their breathability minimizes concentration of bonding agents in the wrong places.

On many occasions when exposing hidden wall paintings, we found that glue-bonded coatings are more easily removed when under tempera-bonded felts than under paper. Concerns that the surface which is to be covered might suffer mechanical stress during the application of felts have not materialized. The carrier suffers only minimal stresses from the two-layered application. Tempera-bonded felts do not strengthen the carrier, rather they serve to create a removable cover of the painted surface in question, as well as providing a texture that emulates the aspect of the surface at the time of original construction.

This product is a proprietary development of our company and has been in use since 1995. The actual composition is based on our knowledge of historical recipes. The felts have been employed with a vastly divers array of objects/projects, where it was the aim to create a removable plaster-like surface that serves as a base for coatings of all kind. It has been our experience that the felts deliver a stable base a lot less sensitive to mechanical stresses than paper lamination with sanded surfaces. We also saw that felts work as an effective way of bridging ruptures and cracks, seldomly developing hair cracks and only under high degrees of stress. Despite its property of easy removability, the felt layer does not peel off from accidental water damage or other damaging processes a fact that attests to the diffusivity and lack of tension of and within the material itself. Application followed by animal glue coatings (bonding) have also delivered good results.