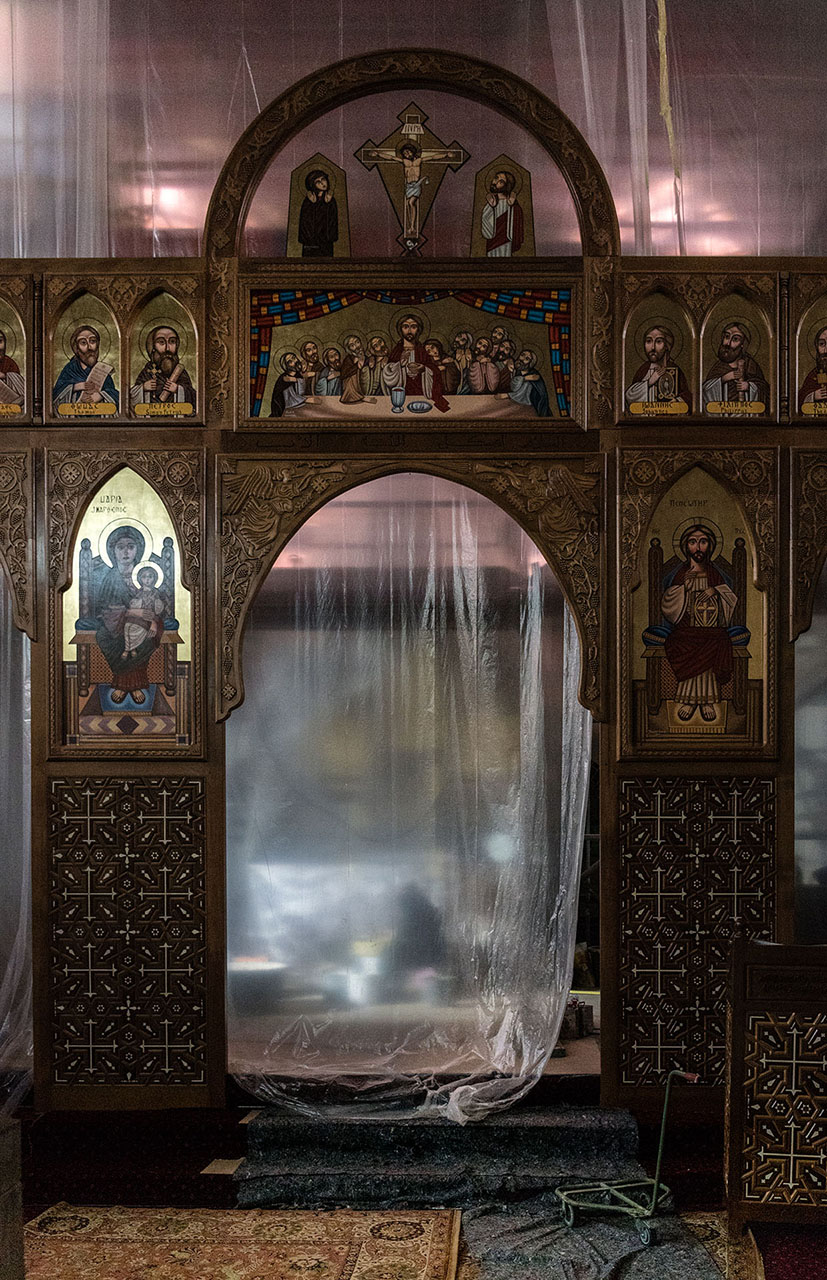 The Coptic Church commissioned us with conservation and restoration measures for the renovation of the church’s apsis, compliant with monuments-preservation specifications. Main goal of the measures was to make perceptible again the historical high-quality coloring of the apsis. 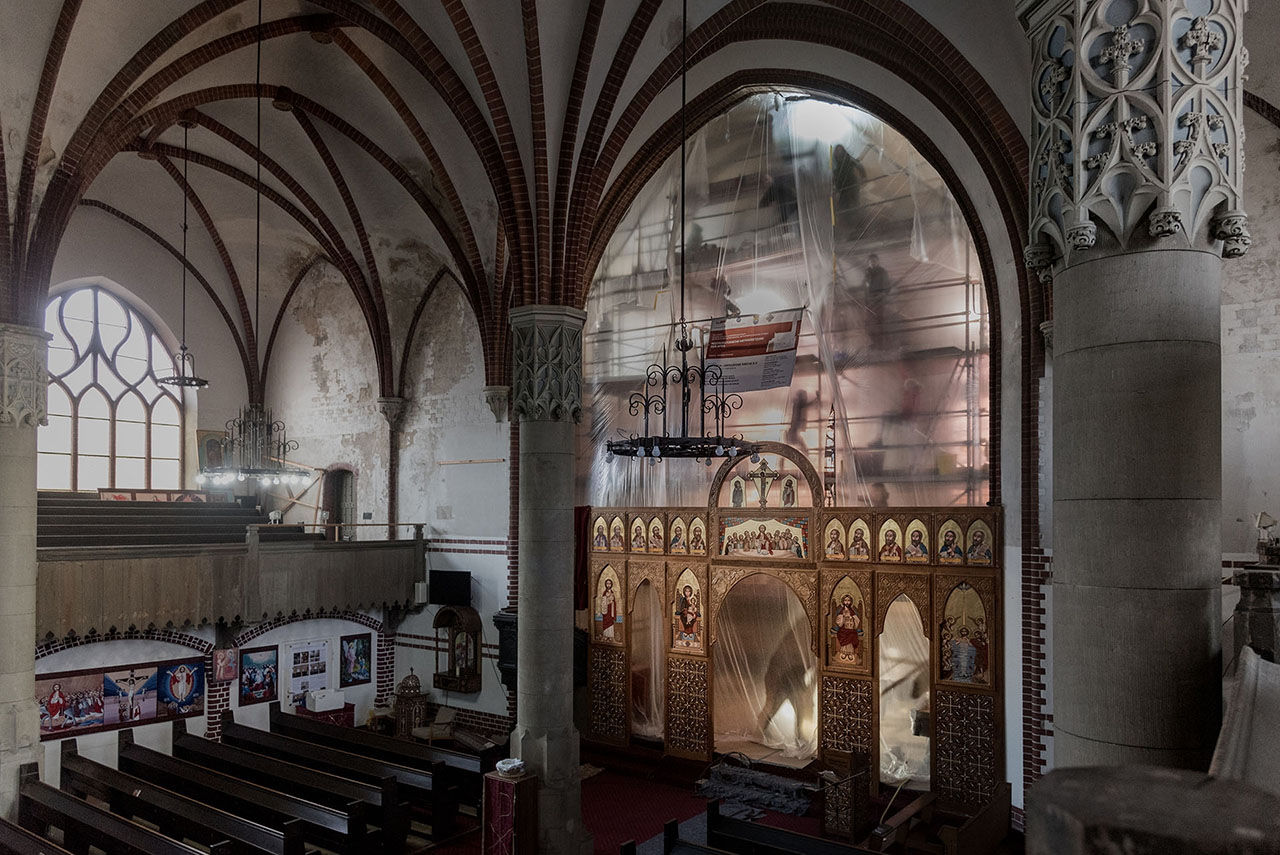 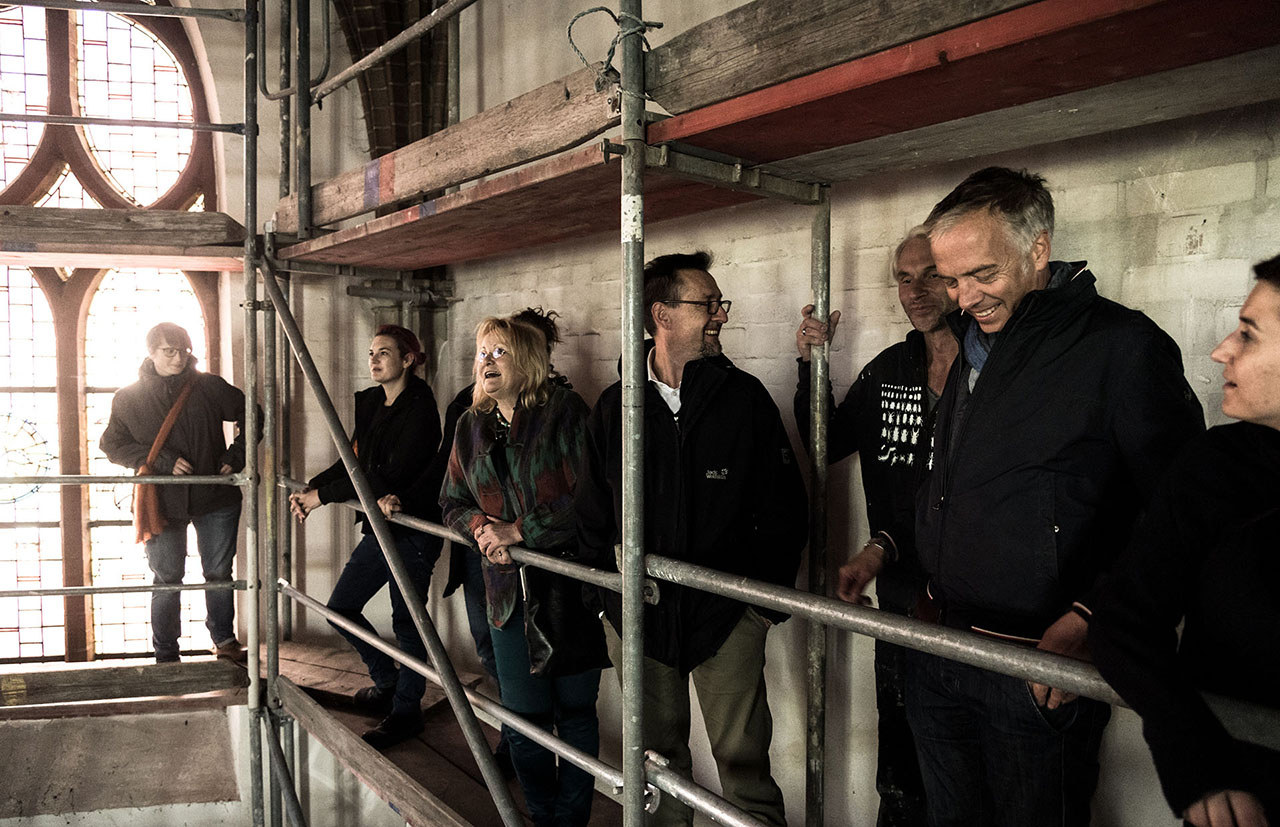 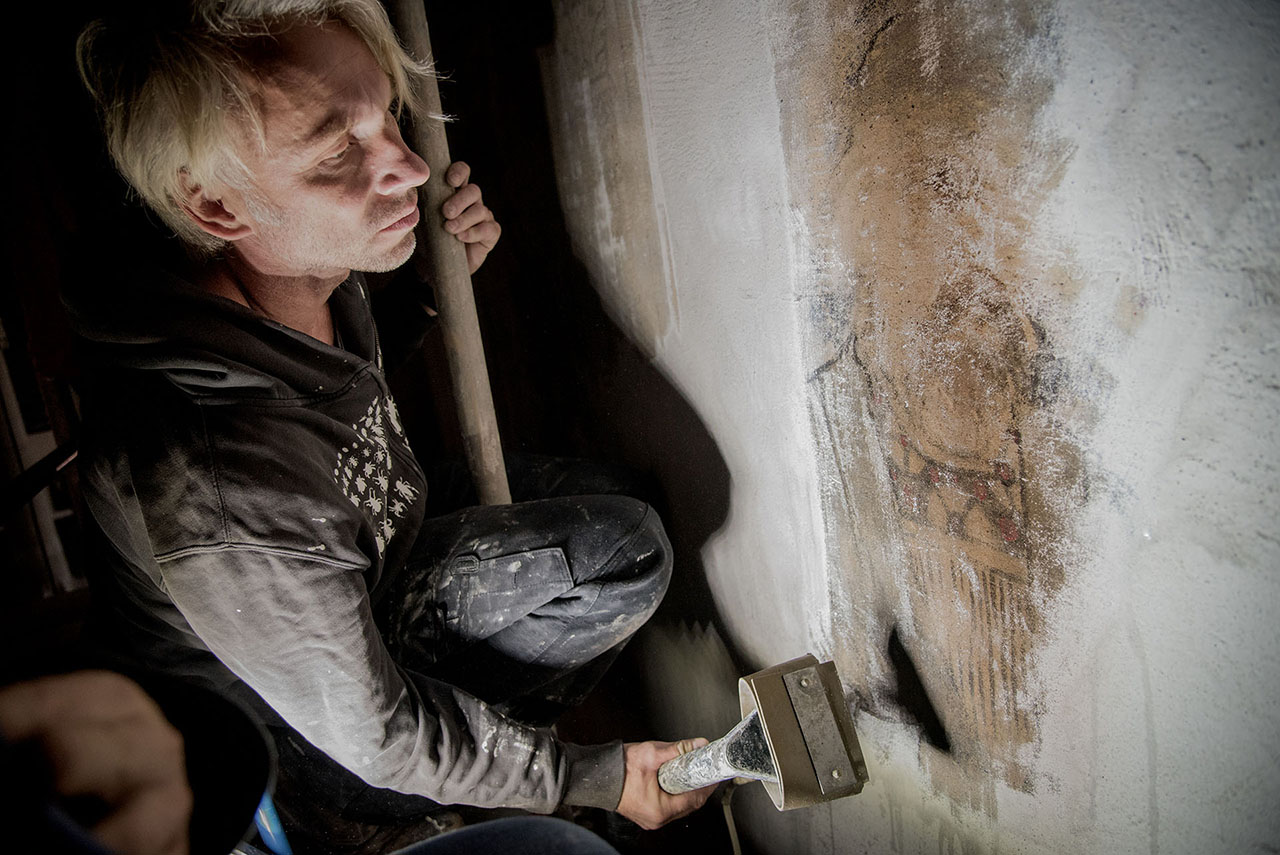 The Coptic church (formerly Glaubenskirche), located at Roedeliusplatz 2 in the Lichtenberg district of Berlin, was built in 1903 - 1905 from drafts by the architect Ludwig von Tiedemann. Final drafts and construction oversight were taken over by Robert Leibnitz. Its stylistic idiom, featuring neo-Gothic elements, orients itself on the gothic style of red-brick churches typical to the Märkisch area of the Brandenburg area. The church’s blueprint largely follows the basic basilica type, with westwork (narthex), nave and chancel. However, it is not positioned in the classic East to West alignment: belfry and portal are oriented towards the South, with chancel/apsis pointing towards the North. The exterior is of mixed construction, with base and belfry-front made from raw-embossed Rüdersdorfer (place of materials origin) chalk stone, whereas the upper parts are made from red brick with light grouting.

1956 saw the renovation of the interior of the Glaubenskirche, damaged in WW II in 1945. The following decades saw sporadic renovation of roof, baptistry and turrets. Some of these measures were commissioned by the Coptic church, which is the lessee of the structure since 1998; at the time of its construction it was a protestant church.

In 2017, the interior of the church was in a state of desolation (for a detailed description see Adam/Tröger, 2017, p.11). The original historic designs with their polychromatic ornaments and figural paintings were almost totally obscured. Since the Coptic community planned to use the church as a bishopric see, as well as an ecumenical center, she commissioned Buch & Schudrowitz with the restoration of the ceilings and walls of the apsis. 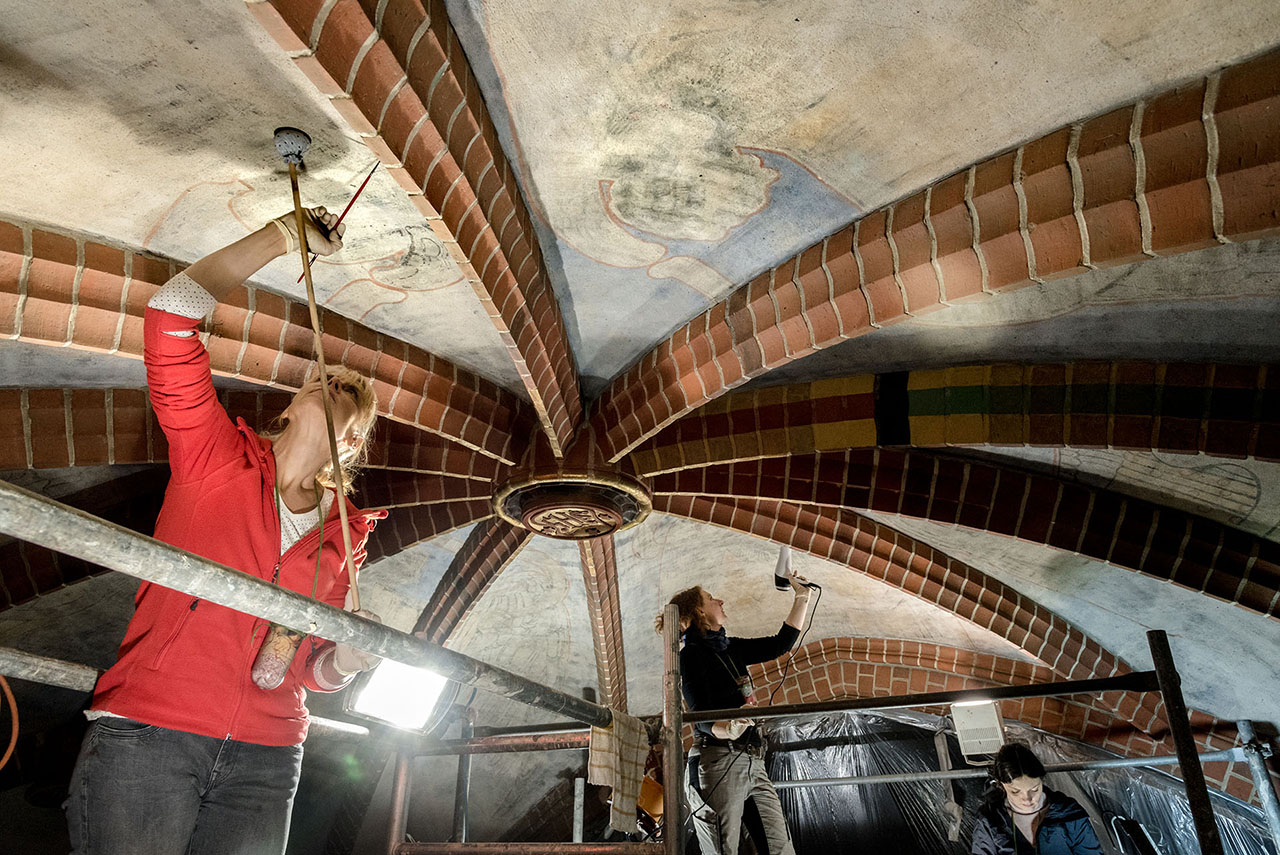 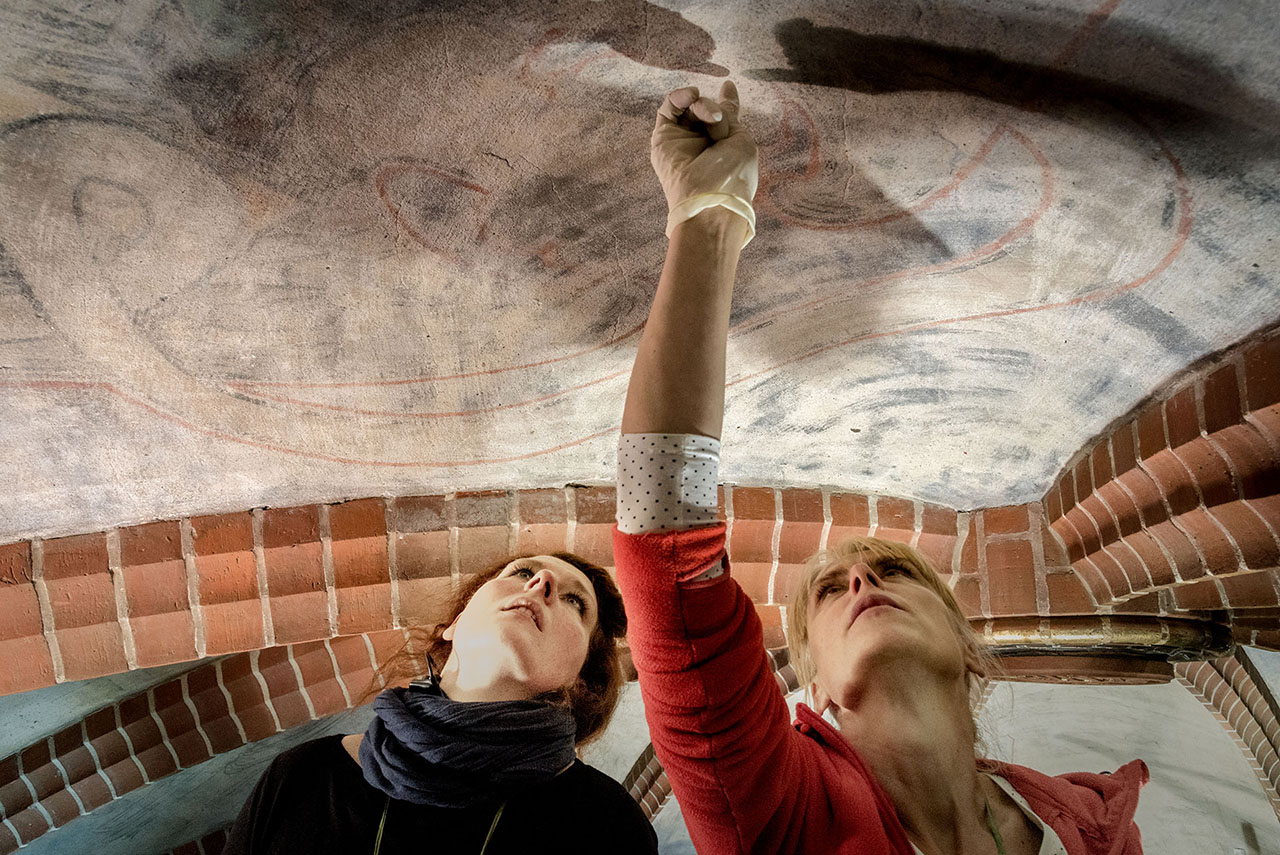 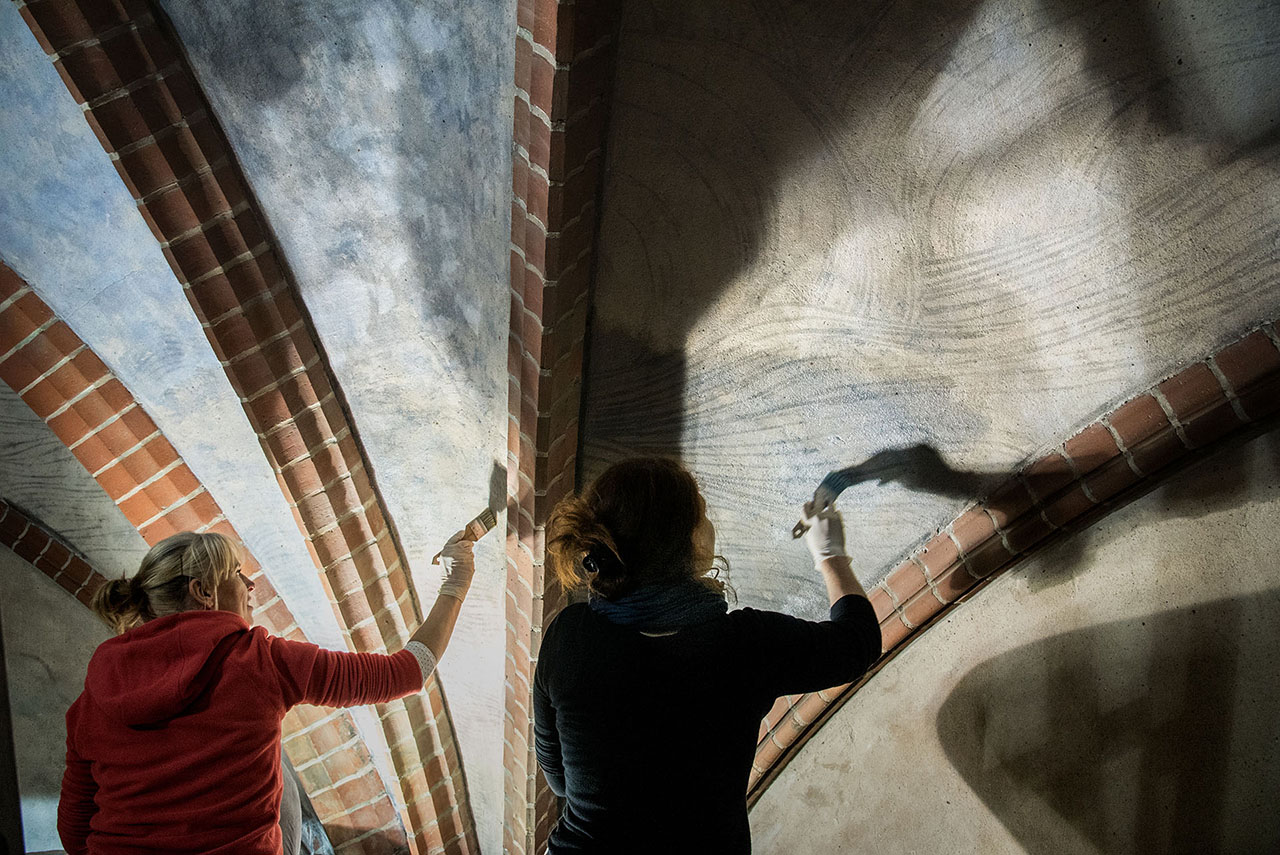 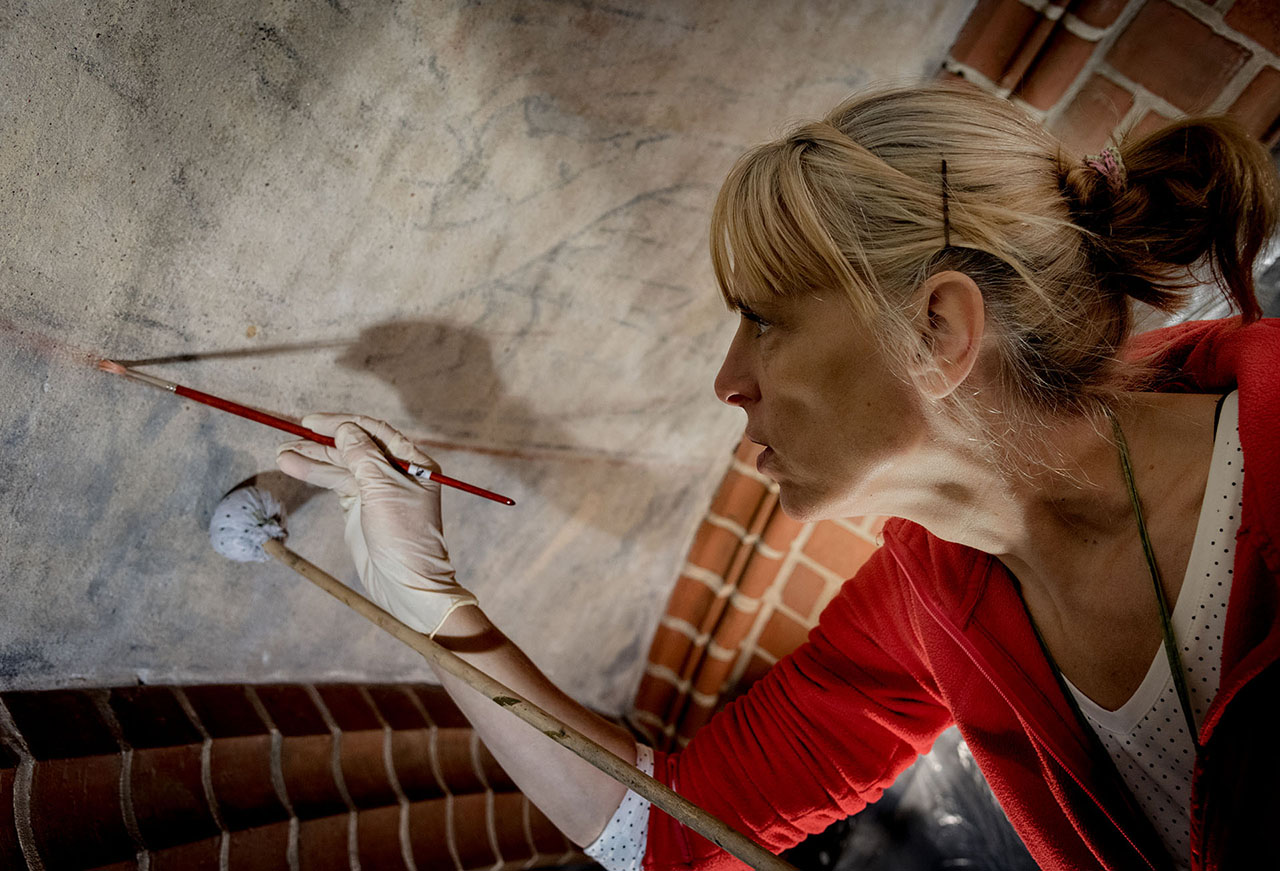 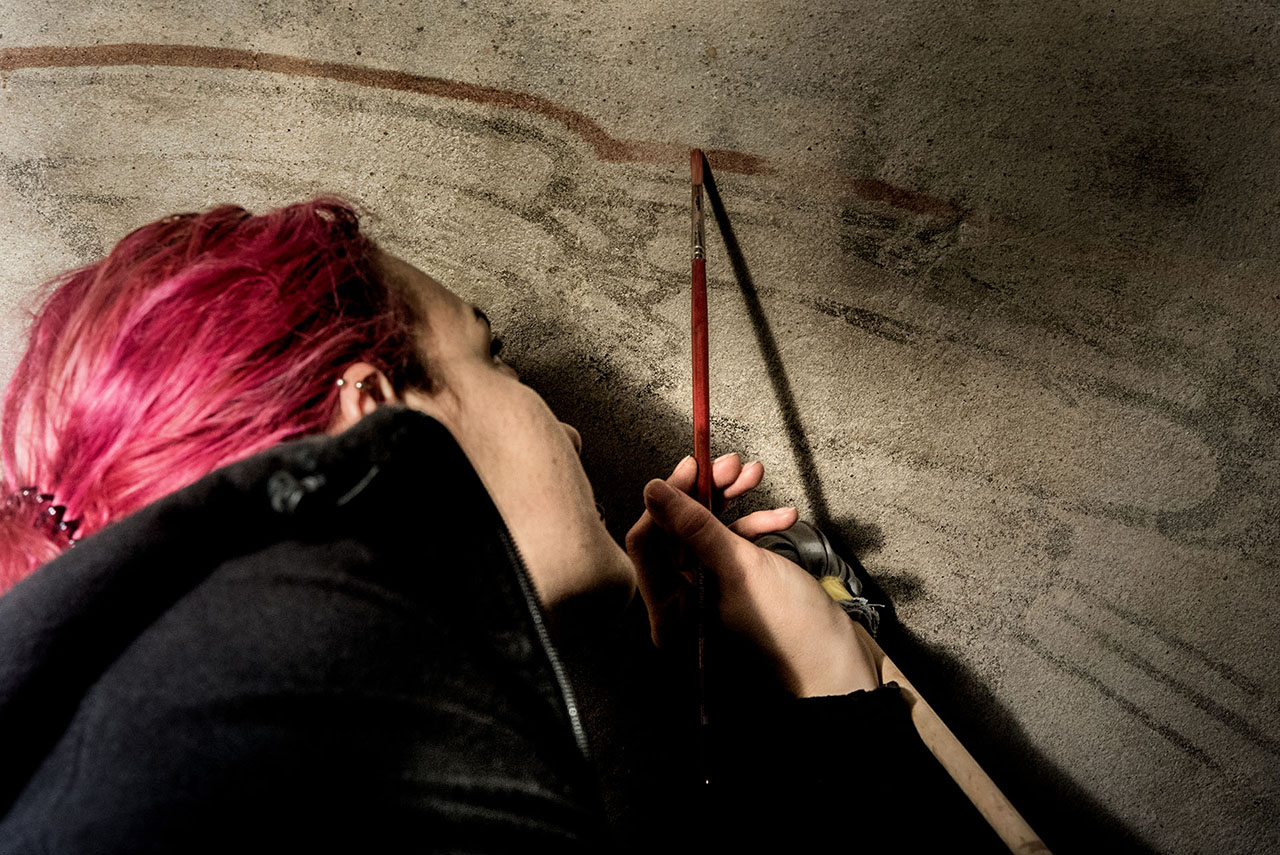 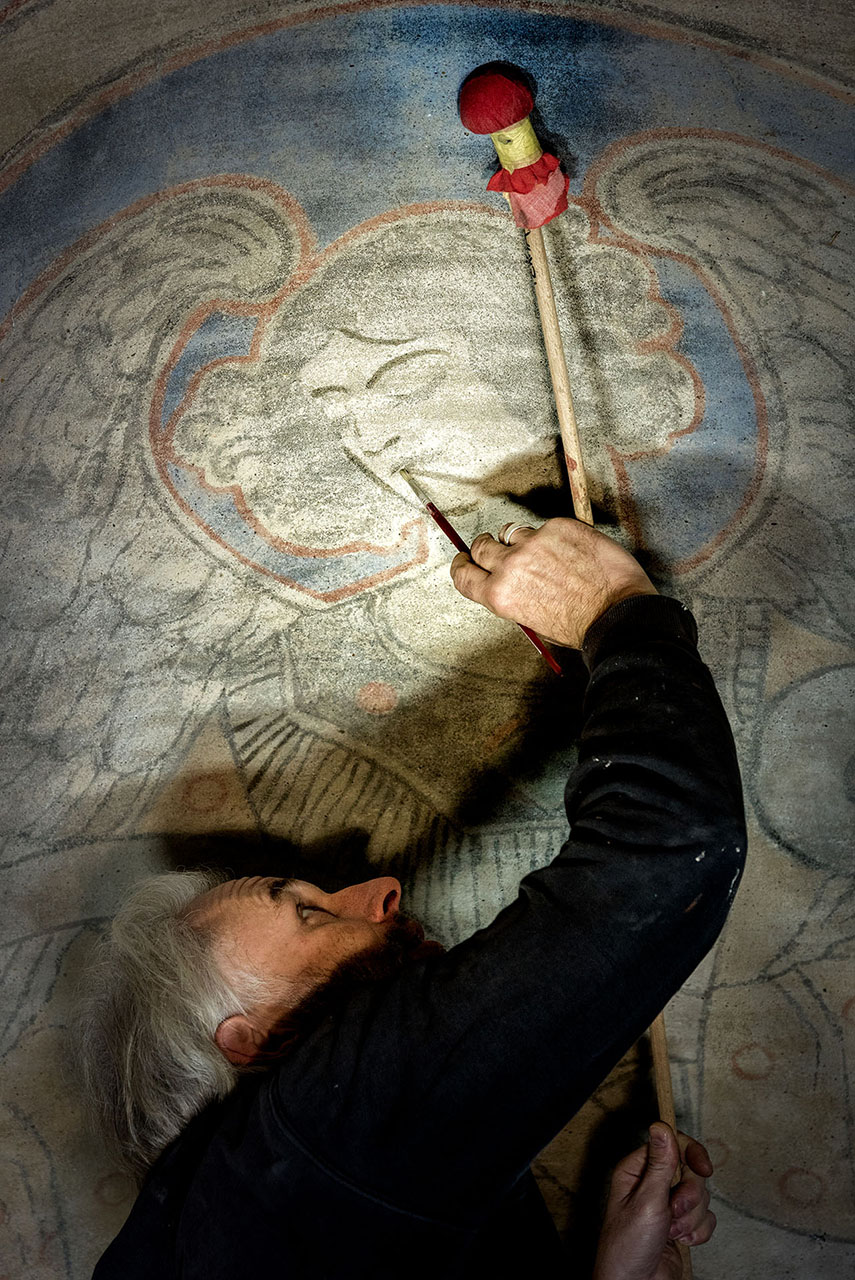 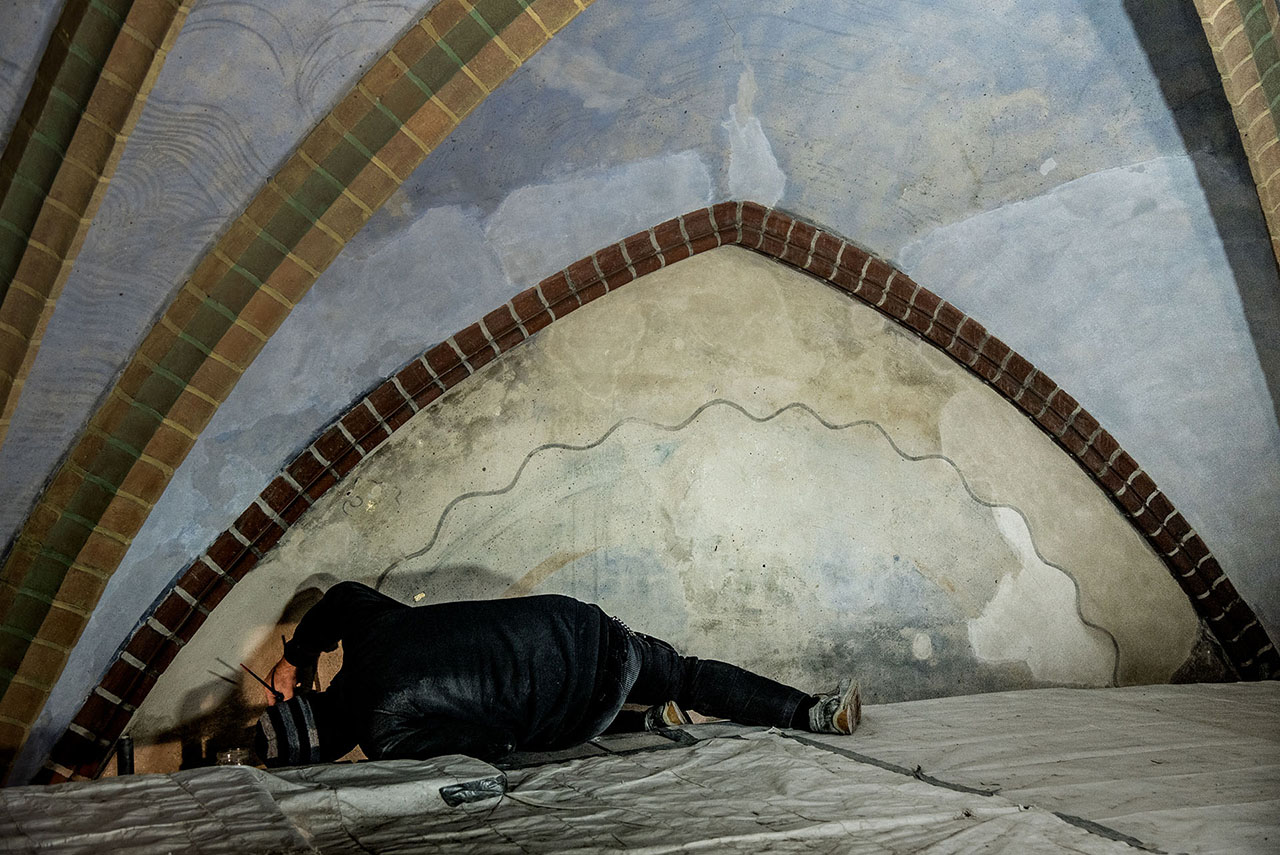 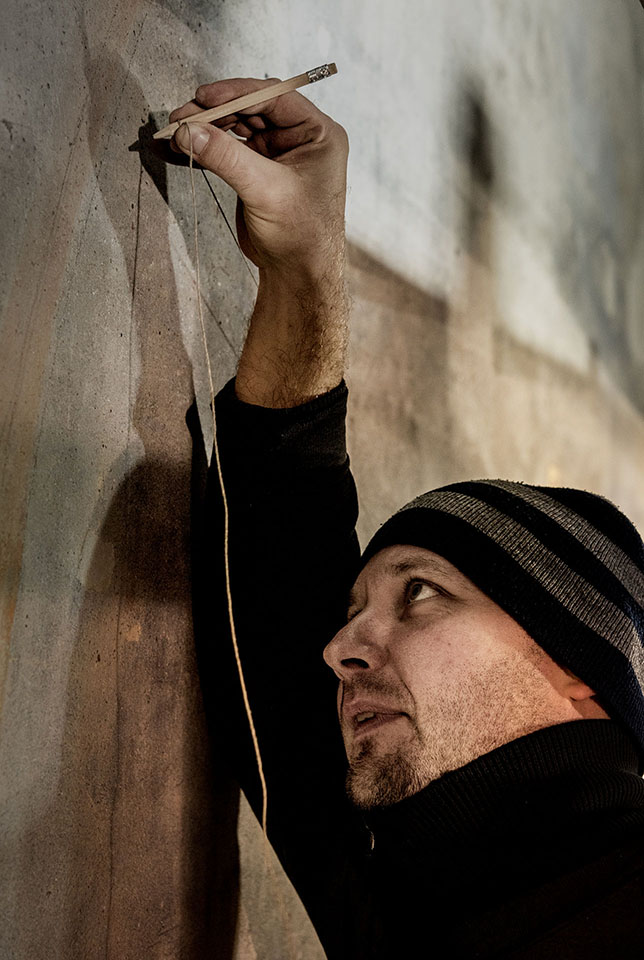 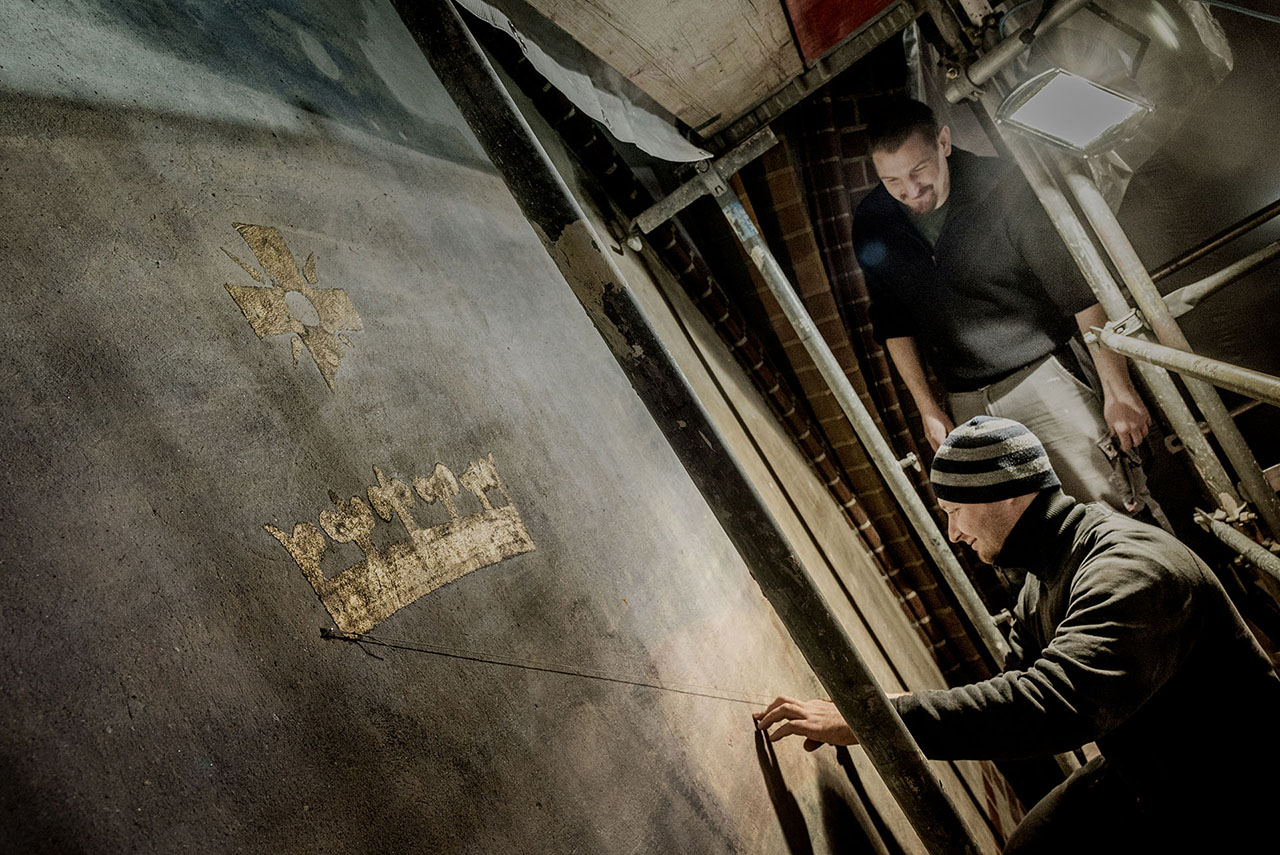 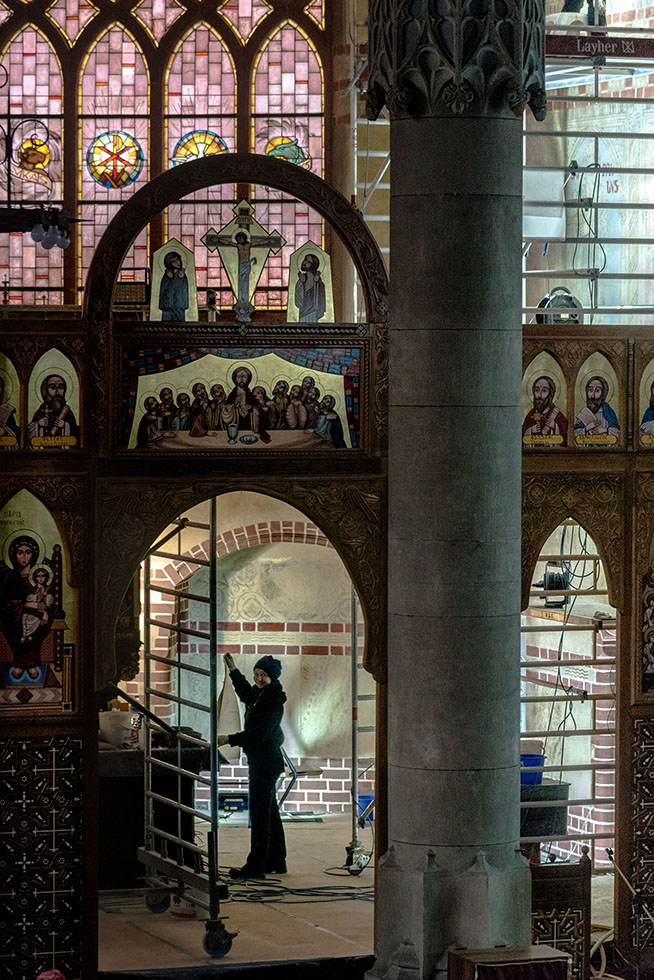 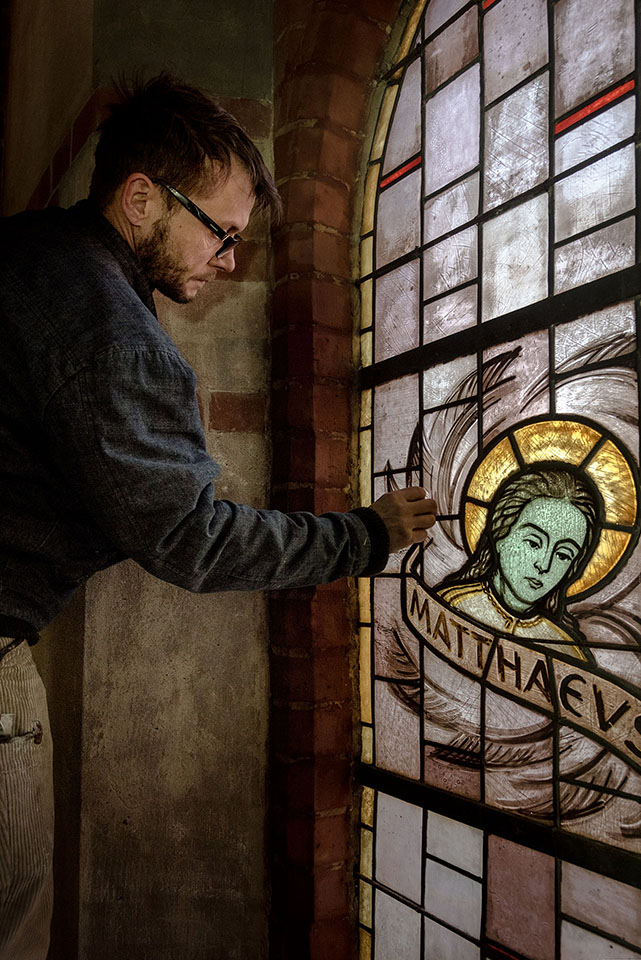 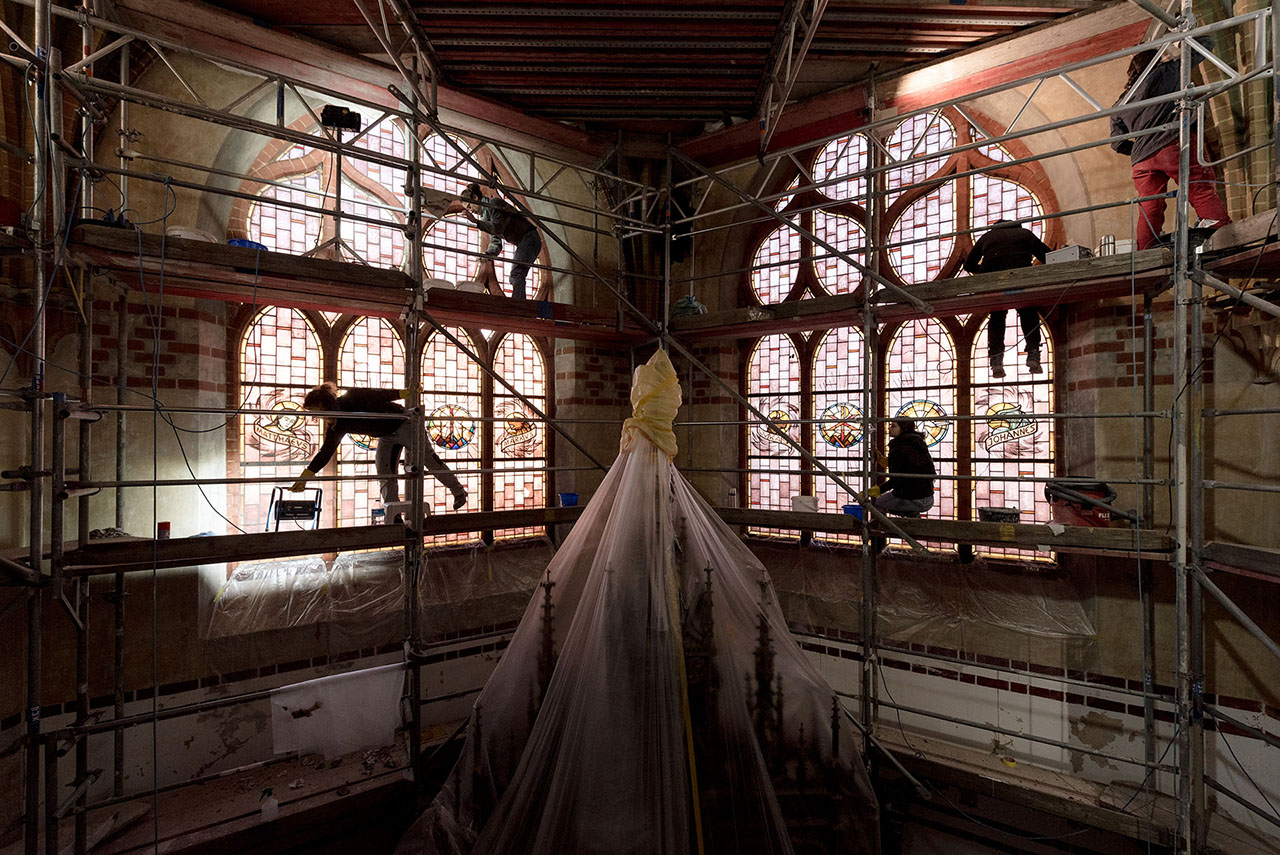 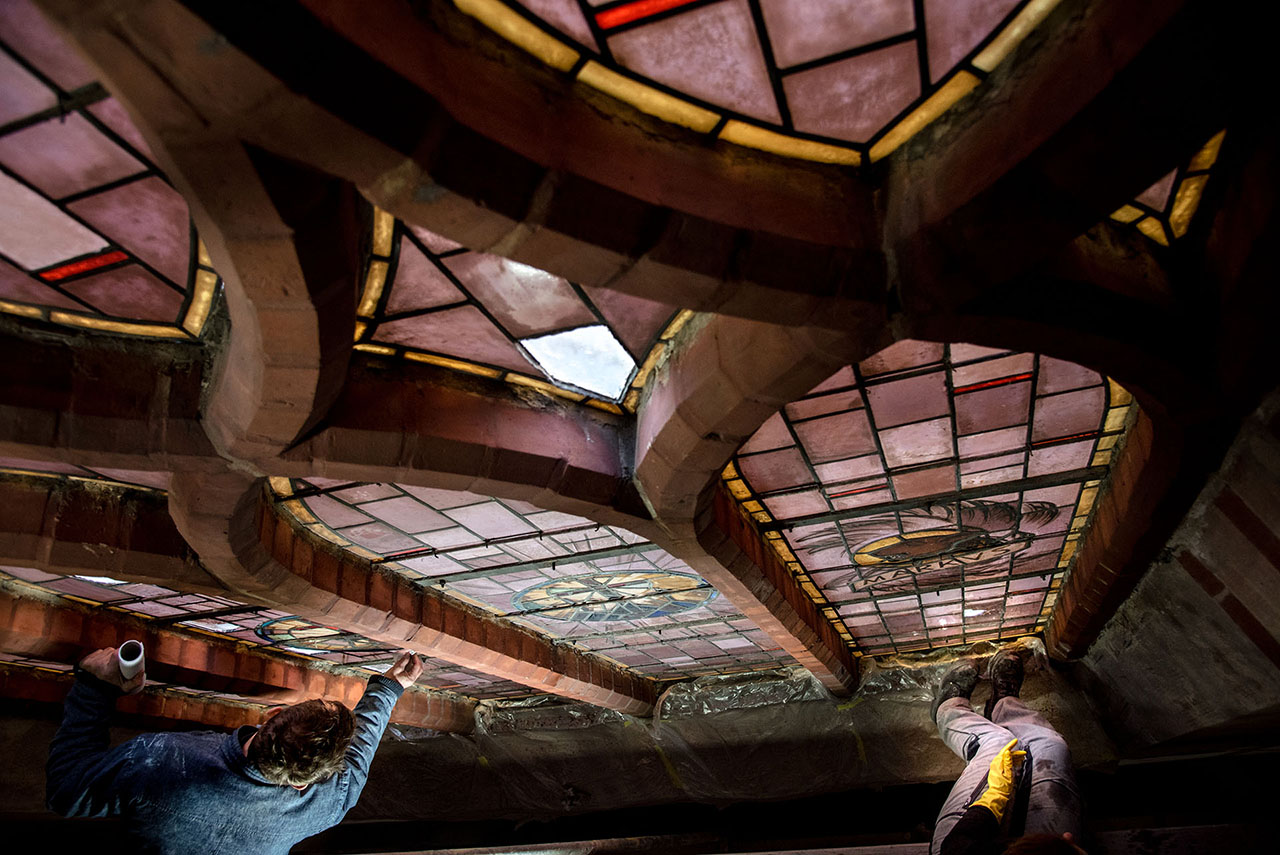 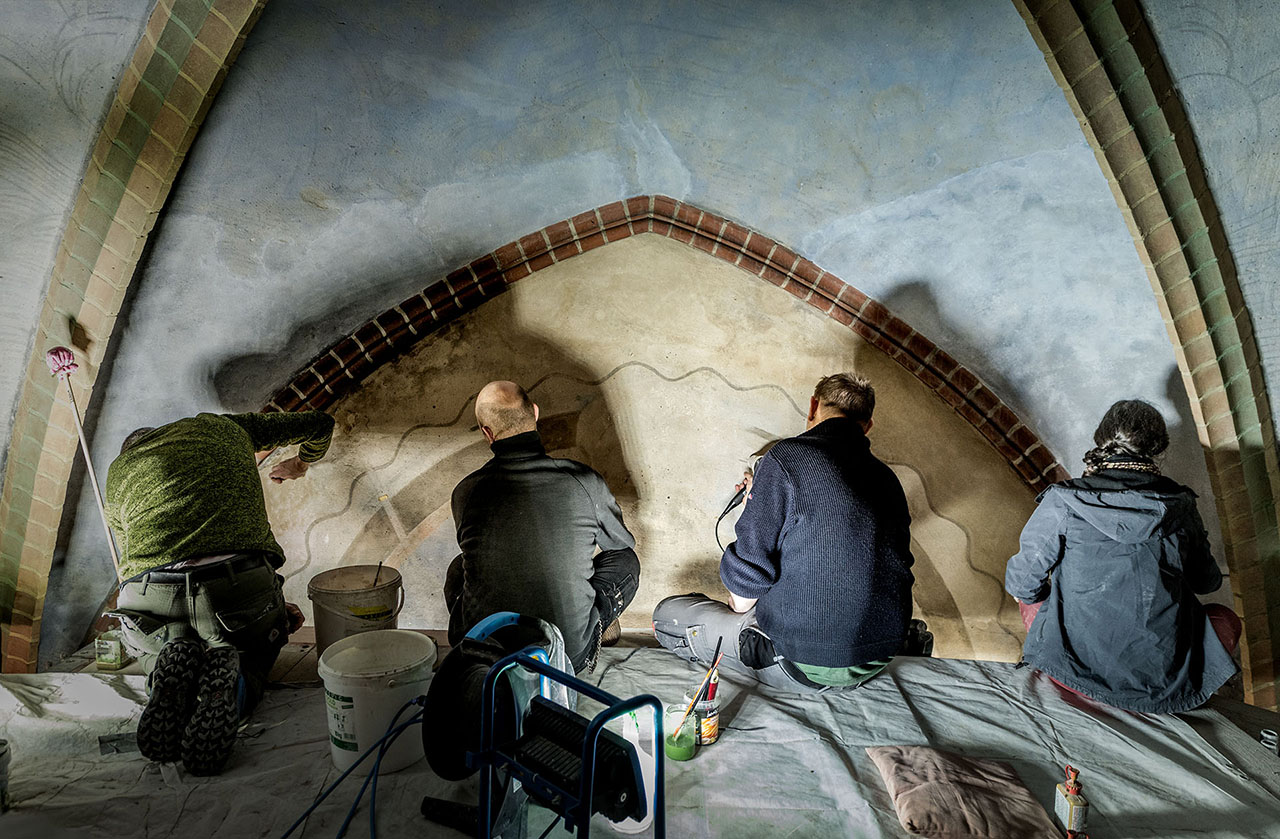 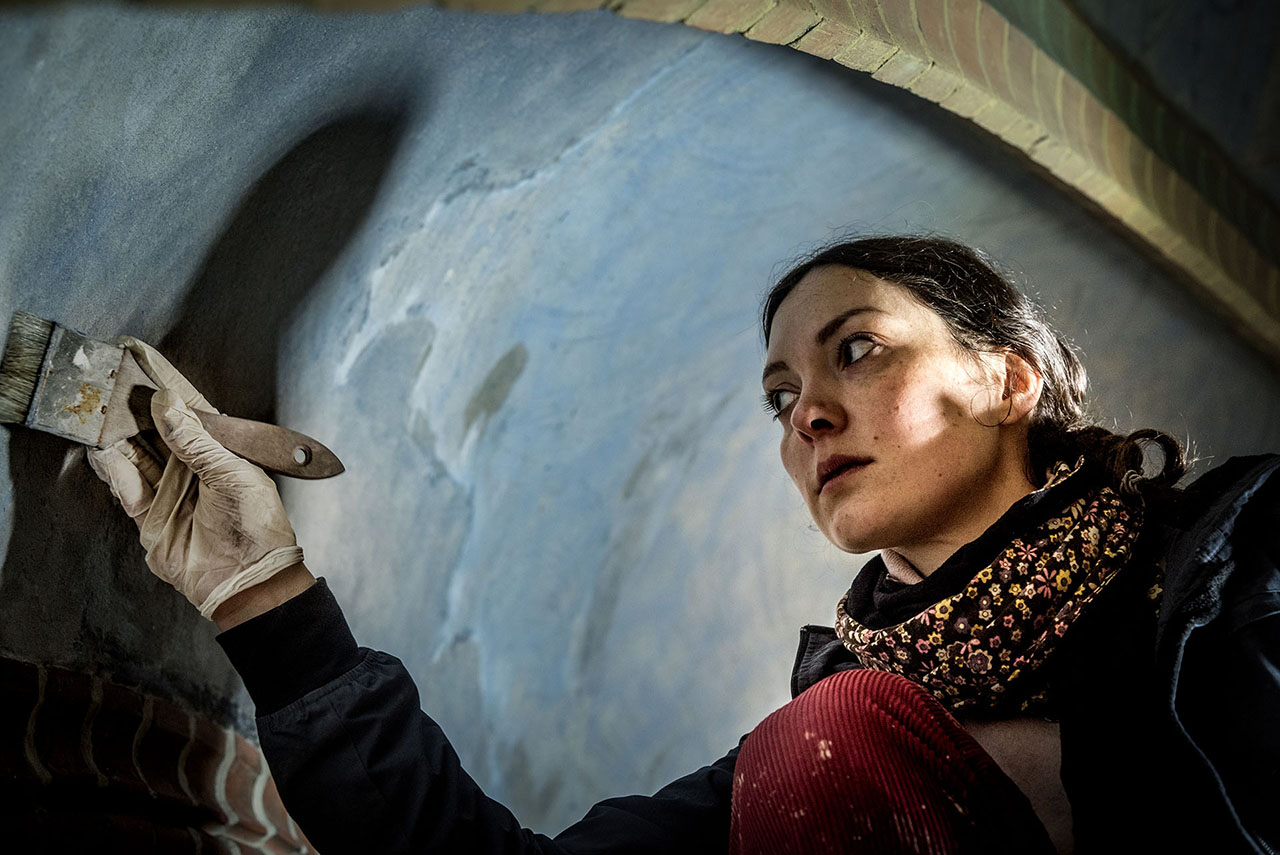 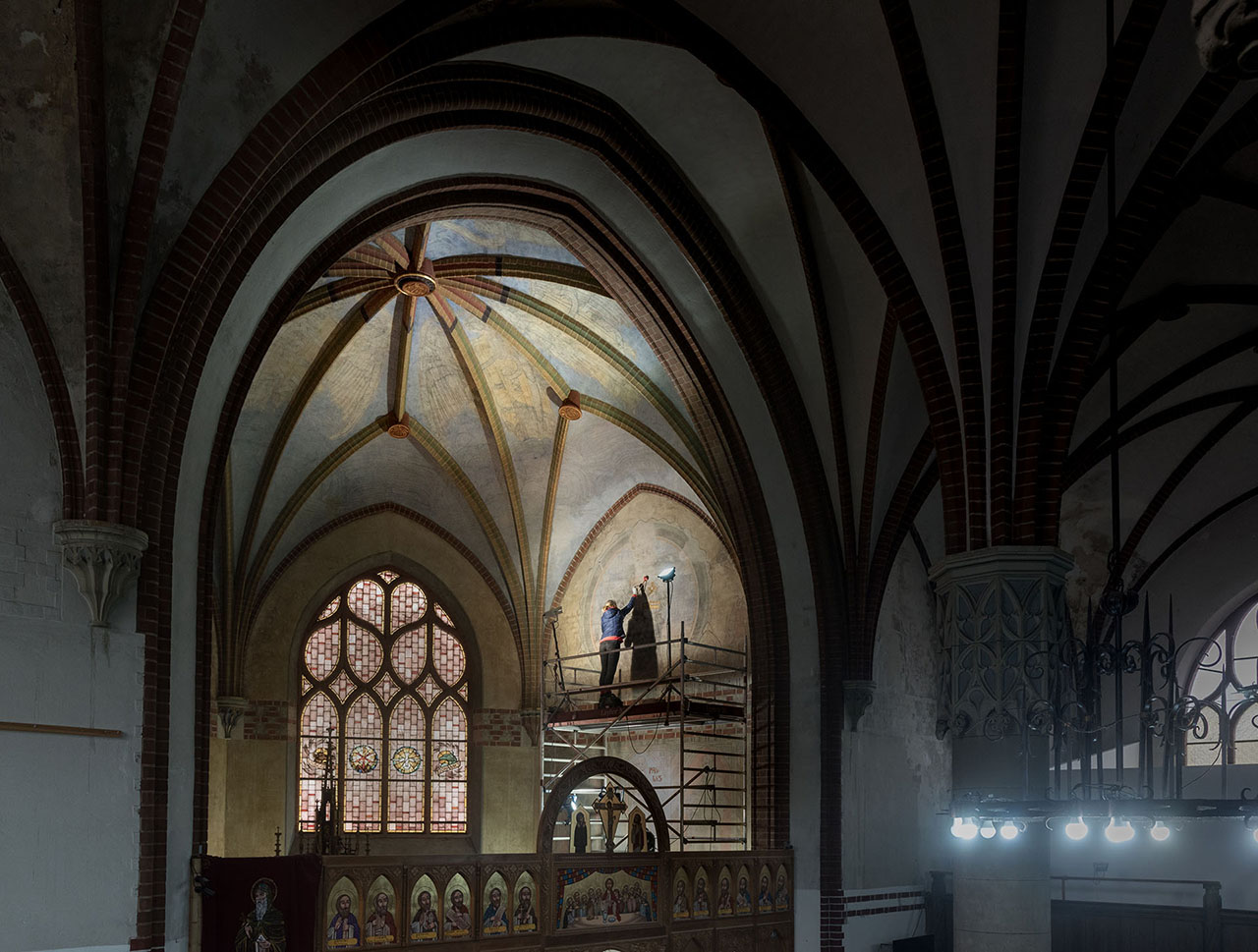 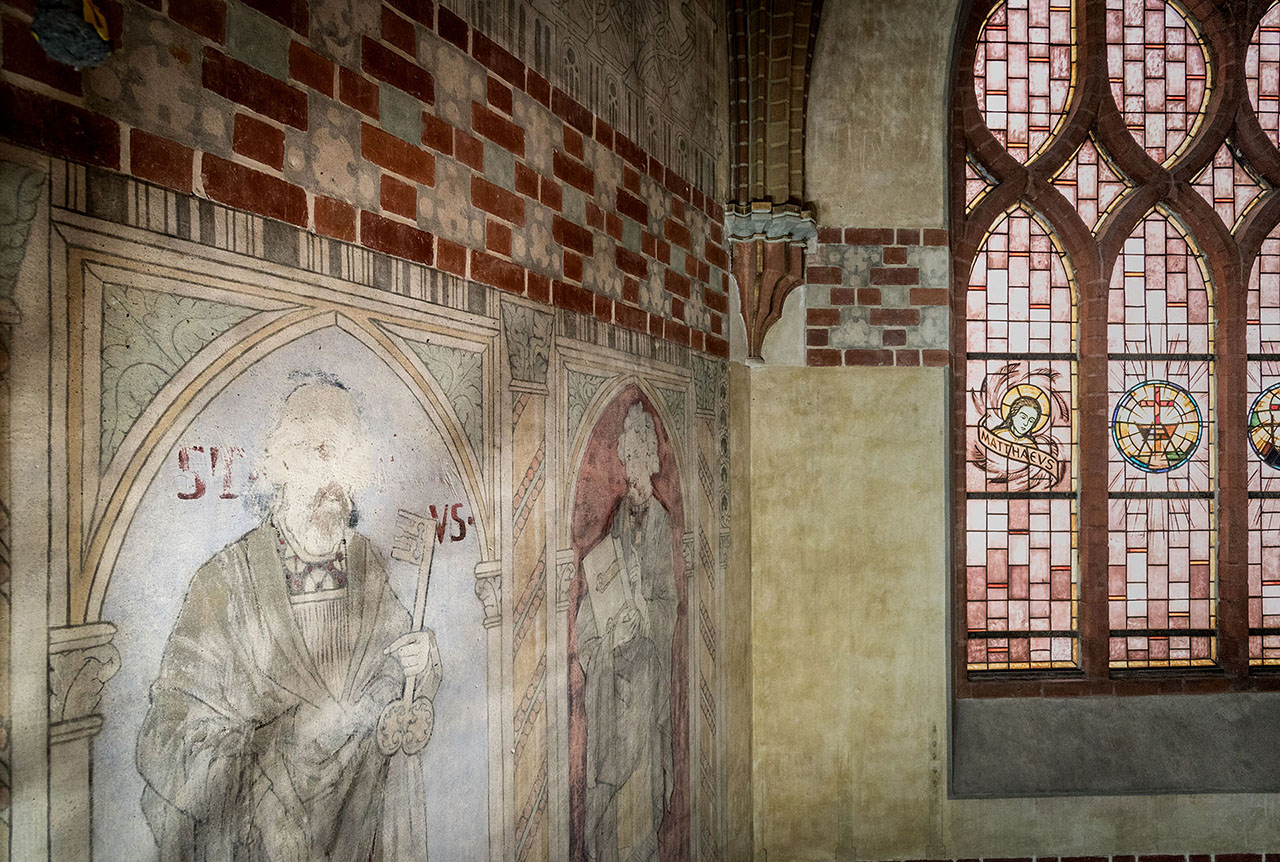 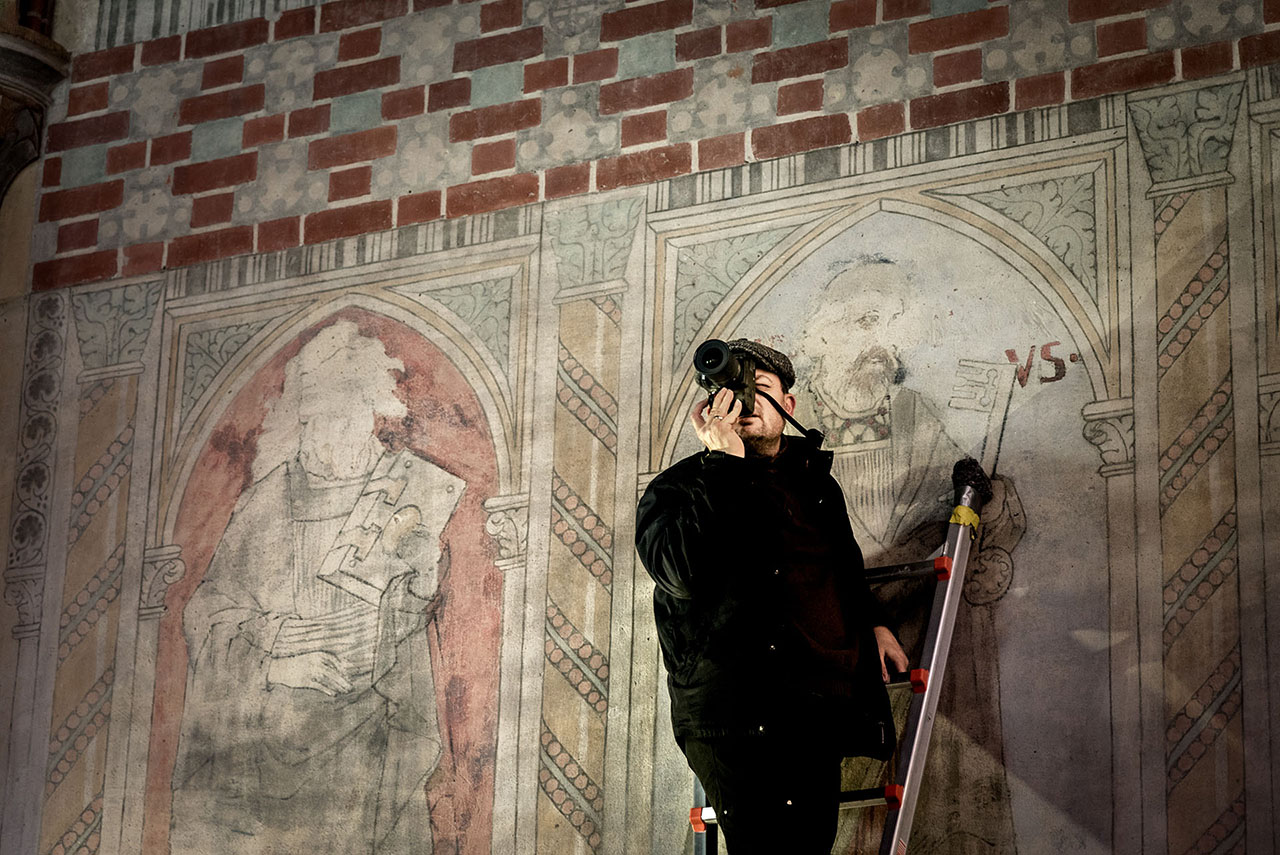 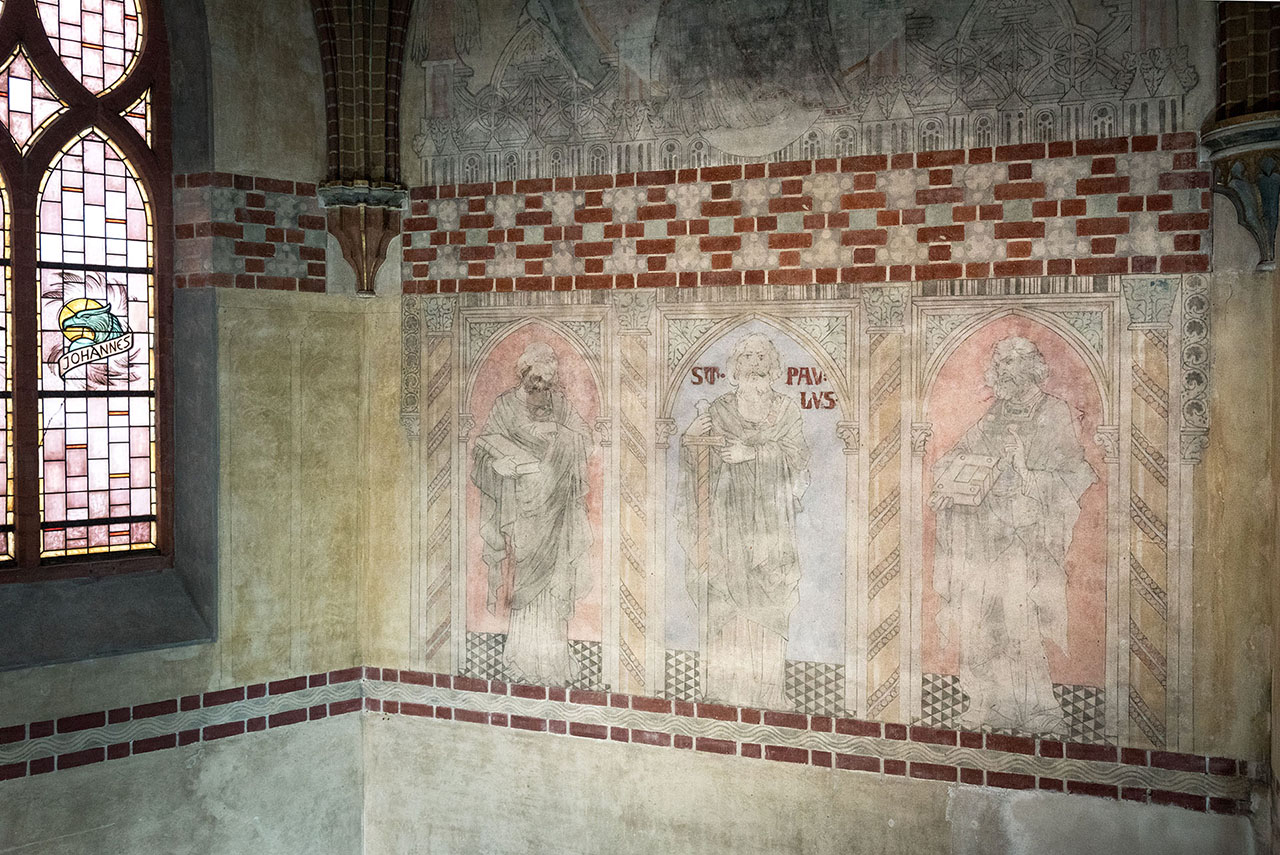 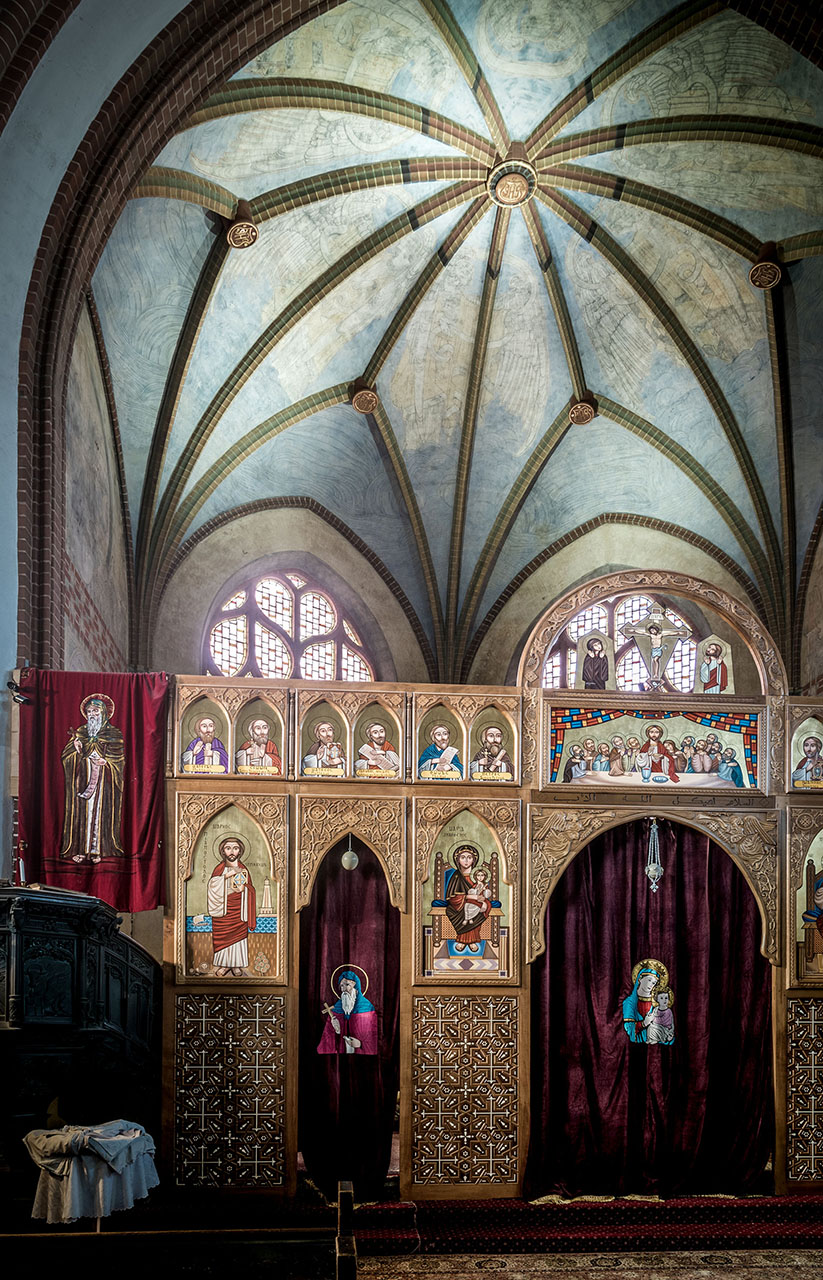 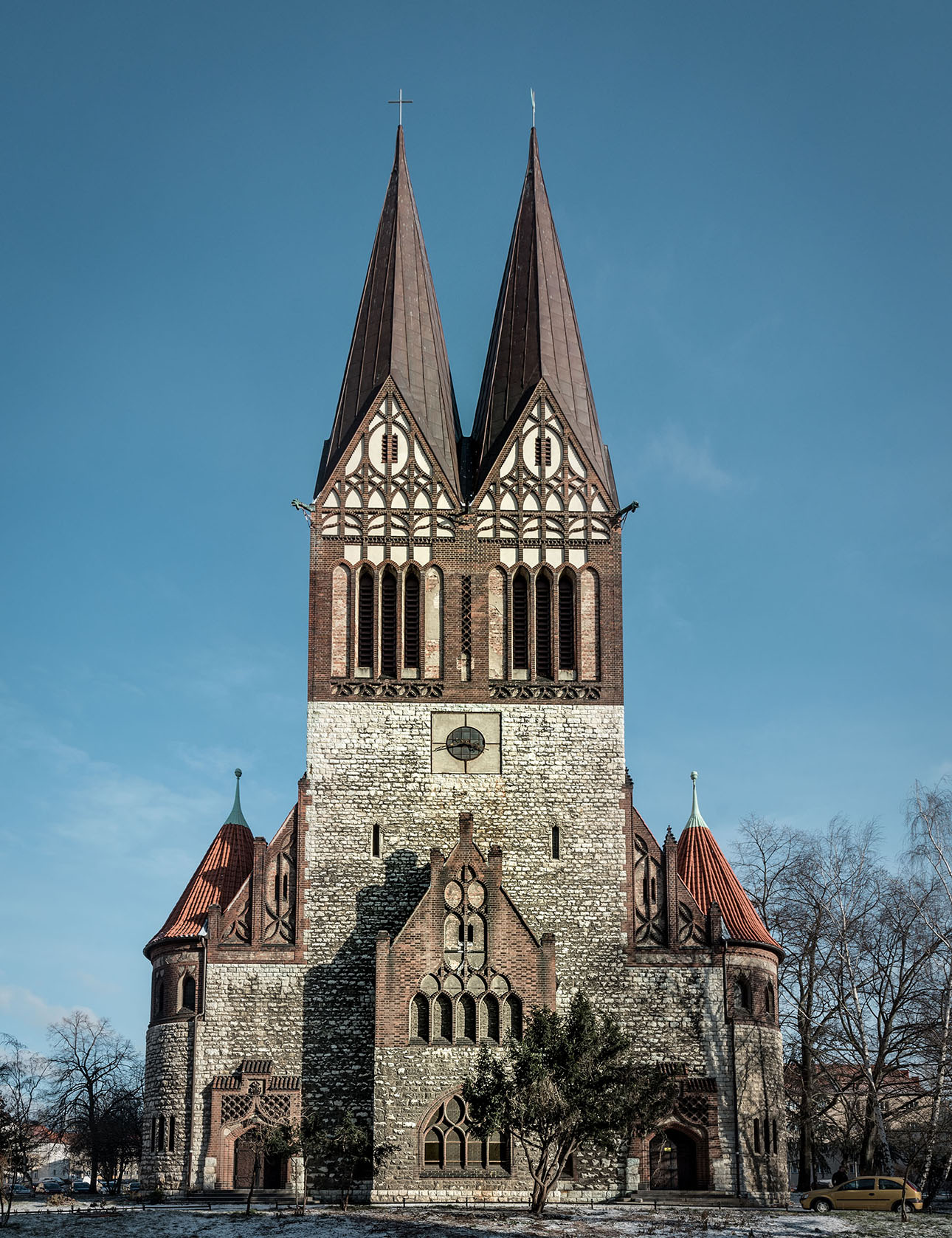 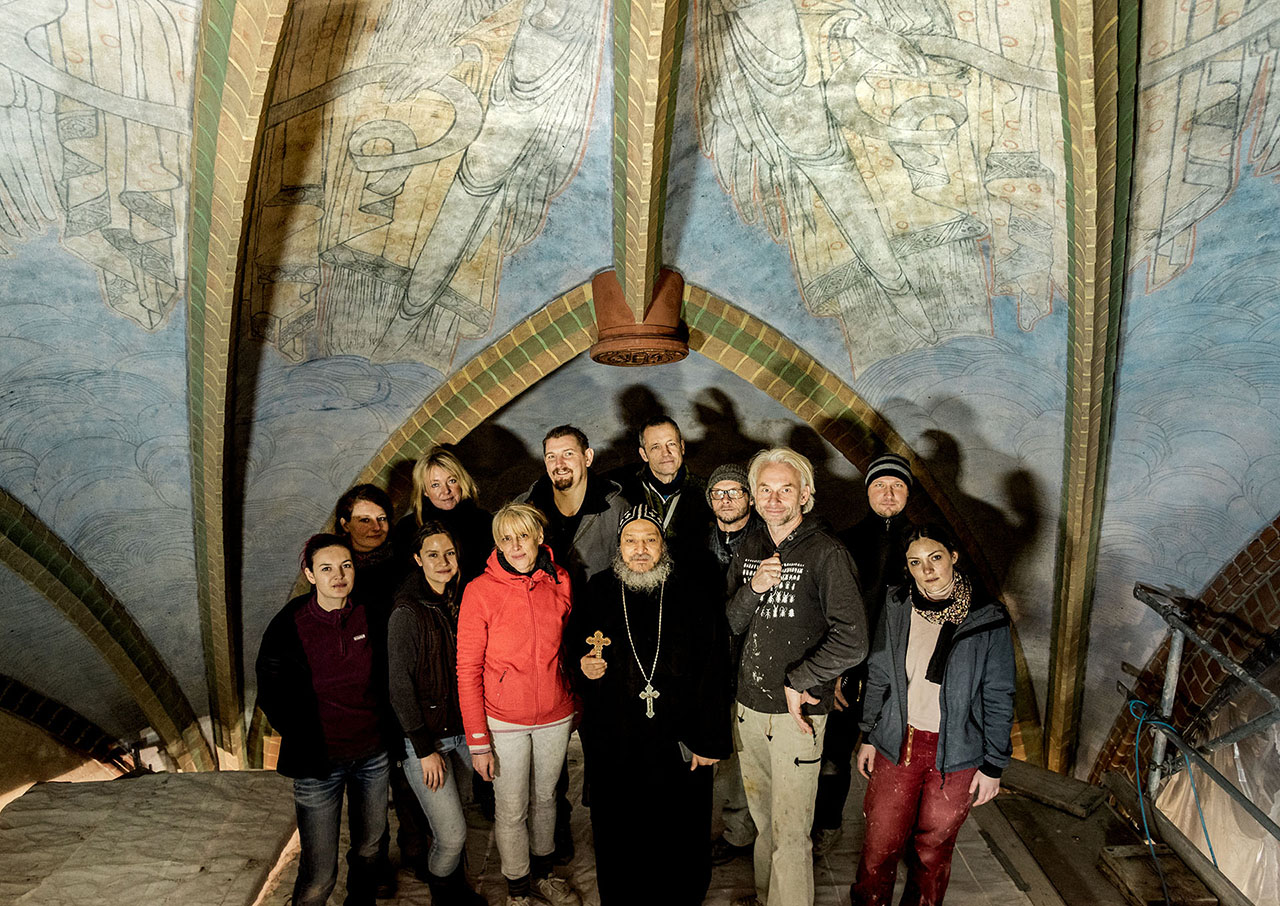